In Defense of Walt Disney

In light of the recent rumors that have been spreading about Walt Disney, The Walt Disney Family Museum would be more than happy to address misconceptions that have been told as bold, un-sourced statements and wildly false accusations, as part of our mission to enlighten and educate.

Contributions of Women at the Disney Studios 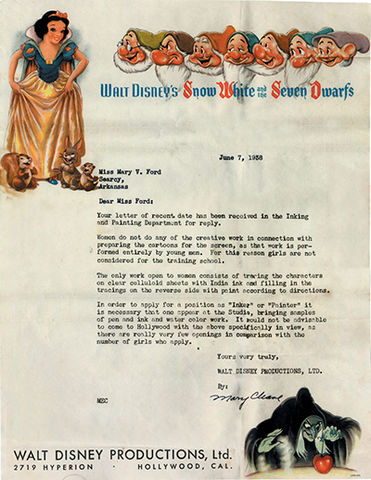 In 1938, a letter was written from Walt Disney Productions to a female applicant, turning down her request to enroll in the Studios' Animation Training Program. The letter, to the left, states that women did not perform the position of Animator at that time.

What it did not say is that women were not capable of such work. This type of job restriction could be found not only at The Walt Disney Studios but at every other animation studio. Put into historical context, this letter illustrates the culturally accepted limited role of women in the workplace in the 1930s. At that time, most companies in America were mostly male-dominated with women providing smaller support roles.

There were several prominent women within the Disney Studios, well before WWII made women the backbone of the American workforce. In speeches made to his employees on February 10 and 11, 1941, Walt observed that women artists could fully equal their male counterparts, and were being included in his studio animation training program: “If a woman can do the work as well, she is worth as much as a man,” he declared. “The girl artists have the right to expect the same chances for advancement as men, and I honestly believe they may eventually contribute something to this business that men never would or could.” 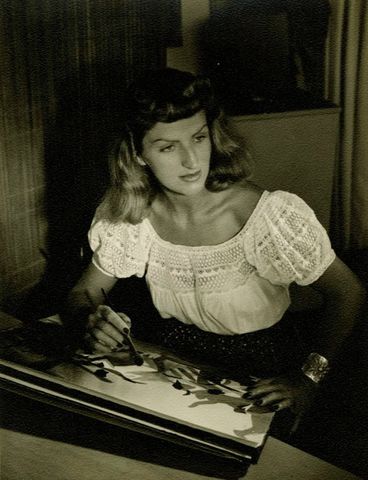 Quite a few women played important roles at The Walt Disney Studios during Walt's time, including artist Mary Blair—whose work in the animation department at The Walt Disney Studios heavily influenced the look and feel of Disney films for almost 30 years. Blair started at the Studios in the early 1940s and worked on classics such as Cinderella, Peter Pan, Alice in Wonderland, and more. She also assisted in the design of the Disneyland Resort attraction it's a small world and murals down the Tomorrowland midway, and later at Disney's Contemporary Resort at Walt Disney World in Florida.

To this day, there are quite a few women who worked at The Walt Disney Studios who will still happily recall stories from their time spent working with and knowing Walt Disney. Among these legendary women are Ginni Mack, Marge Champion, and Disney Legend Alice Davis—the costumer who played a large role in Disney history as she designed and hand-made a significant amount of costumes seen on the Audio-Animatronics® figures in a number of Disneyland attractions.

It was well before the 1950s when they started recognizing the employment and importance of women at The Walt Disney Studios. Notably, Hazel Sewell served as an art director on Snow White and the Seven Dwarfs, which was released in 1937—a year before the letter mentioned above was dated. Sewell also worked as an inker on the very first Mickey Mouse cartoon created in 1928, Plane Crazy, and was one of the artists who traveled to Latin America in 1941 as part of Walt's goodwill tour.

Other notable women, besides Walt's wife Lillian—who worked as an inker before they married in 1925—were his Aunt Margaret, who provided Walt with his first drawing tablet and tools, and Margaret Winkler, whose distribution deal with Walt's Alice Comedies allowed him to establish the Disney Brothers Cartoon Studios in 1923. 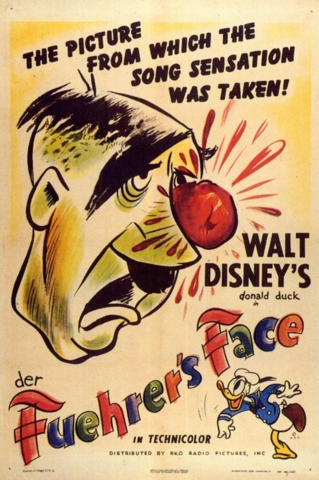 Walt Disney was a patriot—one only has to look at his work throughout the 1940s to witness his tour of Latin America of behalf of the United States Good Neighbor Policy, the US Army's occupation of The Walt Disney Studios Lot, Walt’s countless military training films—which were made at cost—as well as shorts and films against the Axis like Victory Through Air Power. The Studios even won an Academy Award in 1943 for the short film Der Fuehrer's Face—the easiest of Google searches will reveal the true patriotic message behind Donald Duck’s nightmare in “Nutzi Land."

Moreover, Walt employed many people of Jewish descent—including Joe Grant, Marty Sklar, Ed Solomon, Richard and Robert Sherman, and so many more who held prominent roles within Walt's company. These men and women collaborated and created with Walt, side by side, with no prejudice. Ask some of the people who worked directly with Walt Disney what it was like to work with him and his organization, such as a number of the women mentioned above or the men listed below.

In a recent interview, songwriter Richard Sherman states: “Let me tell you something, a lot of people talk about Walt in negative ways. There was nothing negative about Walt Disney,” he says. “He was dedicated to doing great things. He reached for the stars all the time. He was a wonderful, wonderful boss.” 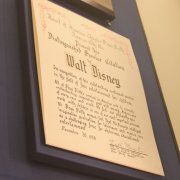 This isn't the first time the Sherman Brothers have gone on record in defense of Walt. Some may also recall the story that Robert Sherman told about Walt's defending the brothers during a meeting: "Walt was sensitive to people's feelings . . . He hated to see people mistreated or discriminated against. One time, Richard and I overheard a discussion between Walt and one of his lawyers. This attorney was a real bad guy, didn't like minorities. He said something about Richard and me, and he called us 'these Jew boys writing these songs.' Well, Walt defended us, and he fired the lawyer. Walt was unbelievably great to us." 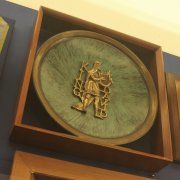 Walt was also a frequent contributor to Jewish charities, including the Yeshiva College and the Jewish Home for the Aged. Also, Walt Disney was made Man of the Year by the Beverly Hills Lodge of B’nai B’rith—the oldest continually-operating Jewish service organization, which fights anti-Semitism all over the world—and was also awarded a recognition from Hadassah, a Jewish women’s organization that empowers youth in Israel and America. These awards can be seen in the Lobby of The Walt Disney Museum. Above: B'nai B'rith Heart of America Chapter, Kansas City, Missouri; Distinguished Service Citation, 1958. Left: Hadassah Recognition of Achievement, 1958.) 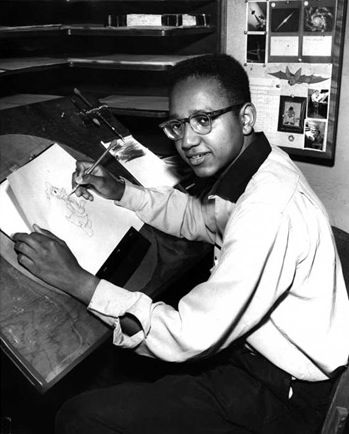 Disney Legend animator Floyd Norman also has been quoted saying: "The funny part was that minorities weren't knocking at the gates to get in. The jobs were there if they wanted them and if they were qualified. It's like the old ruse that Walt didn't hire Jews, which was also ridiculous. There were plenty of Jews at Disney. Personally, I never felt any prejudice from Walt." In fact, we encourage you to read the blog piece he recently published addressing the same factual misconceptions that we discuss here.

Lastly, let's not forget to bust the most circulated (and possibly the most bizarre) myth of all. The Walt Disney Family Museum houses an entire gallery dedicated to the heartbreakingly sudden passing of Walt Disney—from acute circulatory lung collapse—on December 15, 1966. Two days later, Walt was cremated and interred at Forest Lawn Memorial Park in Glendale, CA.

The only time the phrase "Disney's Frozen" is accurate is when it is in reference to the Walt Disney Animation Studios' 2013 animated feature.

Of course there are still skeptics who think we are writing this through rose-colored glasses and that our views might be biased as The Walt Disney Family Museum was founded by Walt's daughter Diane Disney Miller. Despite this, the evidence is clear: through different accounts written down in history books; the first-person interviews from those who knew and worked with Walt; the physical and documented awards; and in the films he created. It's all there! And by there, we mean here, at The Walt Disney Family Museum. We happily invite all those who are still skeptical to visit the museum to learn about Walt, the man behind the brand, firsthand. There is no need for apologies or retractions—it's just important to seek the facts before further spreading inaccuracies and fueling rumors. 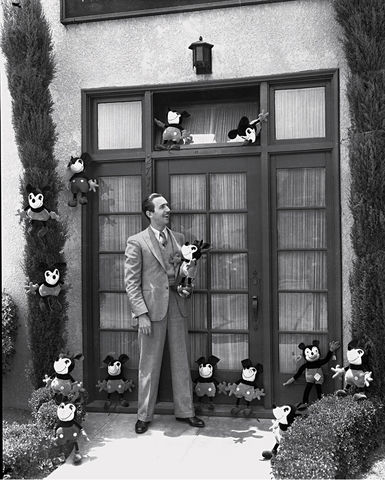 Walt Disney was not a saint. Walt was a human being who made mistakes and had many ups and downs throughout his life. His daughter, Diane, emphasized this many times, stating: "What made HIM human is what makes YOU human."

Walt suffered his fair share of failures, but he also had a strong spirit of creativity, innovation, and an optimistic outlook to keep moving forward. To those of you who have defended Walt—whether it is because you feel affection towards the man behind the brand, you are a fan of the entertainment company he founded or of his daughter's museum dedicated to his life story, or if you are just in pursuit of historical fact and truth—thank you.  We appreciate that you , too, are working hard to make sure that Walt's life, work, and legacy live on and continue to inspire for generations to come.

It's true that everyone is entitled to his or her own opinion, but if you are still skeptical after looking over these facts presented above, we invite you to visit The Walt Disney Family Museum, or even send us your questions and concerns at connect@wdfmuseum.org. We would love to hear from you.