Worth as Much as a Man: Cracking the Celluloid Ceiling

Throughout March, The Walt Disney Family Museum is celebrating Women’s History Month, which highlights contributions of women to events in history and contemporary society. Paula Sigman Lowery offers this view of the some of Walt’s most memorable female artists. 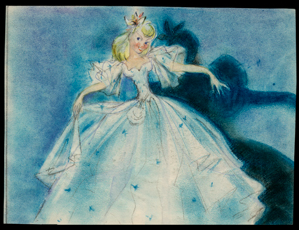 Back in the 1930s, the Disney Studio personnel division generally considered animation to be a man’s medium, and steered female applicants to the Ink and Paint department. “All inking and painting of celluloids,” noted an employment brochure, “and all tracing done in the Studio, is performed exclusively by a large staff of girls known as Inkers and Painters. This work, exacting in character, calls for great skill in the handling of pen and brush. This is the only department in the Disney Studio open to women artists.”

In 1934, he had lunch with a former McKinley High School and Chicago Art Institute classmate at the Tam O’Shanter (a restaurant near the Disney Hyperion studio that was so favored by Disney staffers that it was known as their “studio commissary”). His classmate was Bianca Majolie, and she so impressed Walt with her artistic talents and story skills, that he hired her as his story department’s first woman employee.

Providing an entirely different perspective than the rest of the gag-oriented story team, Majolie came up with a touching original story about a baby elephant who is teased because of his looks—but whose awkward-appearing trunk proves surprisingly useful against a fire that threatens the girl he loves. The story was developed into the 1936 Silly Symphony, Elmer Elephant.

Master Disney animators Frank Thomas and Ollie Johnston, in their book Too Funny for Words, credit Bianca with elevating the art of animated storytelling: “We could not have made any of the feature films without learning this important lesson: Pathos gives comedy the heart and warmth that keeps it from becoming brittle.”

Women were making a difference. 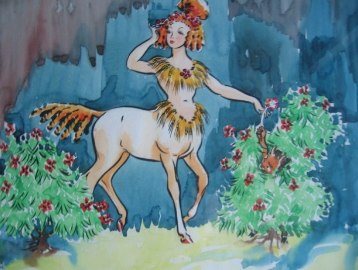 Sylvia Moberly-Holland was working as a sketch artist at Universal when she saw Snow White and the Seven Dwarfs, and was determined to work for Walt. She was not only an excellent artist, but also an accomplished musician—something that would prove useful in the development of Walt’s third animated feature, originally known as “The Concert Feature.” Moberly-Holland joined Disney in 1938, and contributed many story ideas that would be realized in the segment that would eventually be animated to Beethoven’s “Pastoral Symphony.”

She soon led the story team for the “Waltz of the Flowers” segment ofFantasia’s “Nutcracker Suite” and, along with Bianca Majoli and sketch and background artist Ethel Kulsar, developed art, character designs and backgrounds for the sequence.

In speeches to his employees on February 10 and 11, 1941, Walt observed that women artists could fully equal their male counterparts, and were being included in his studio animation training program.

“If a woman can do the work as well, she is worth as much as a man,” he declared. “The girl artists have the right to expect the same chances for advancement as men, and I honestly believe they may eventually contribute something to this business that men never would or could.”

This was not, as some animators objected, so that a higher-paid male animator could be replaced by a lower-paid female. In the present group that are training for in-betweens there are definite prospects, and a good example is to mention the work of Ethel Kulsar and Sylvia Holland on “The Nutcracker Suite,” and little Retta Scott, of whom you will hear more when you see Bambi.” 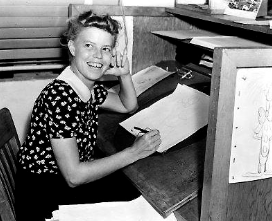 In a story meeting on February 27, 1940, Scott’s sketches of the deer on the meadow were pointed out to Walt. “This is swell stuff,” he said. Producer Perce Pearce said, “Garby [Bernard Garbutt] made a few drawings and she animated the in-betweens.” Walt mused, “First girl animator.” Pearce agreed, “We call her the female Freddy Moore.”

Scott’s animation of the hunters’ dogs is legendary for its power and staging. Scott recalled, “I developed the hunting dogs into vicious, snarling beasts.” In Bambi, The Story and the Film, Johnston and Thomas recalled, “A startling moment for us came when we saw Retta Scott’s amazing sketches of the vicious dogs chasing Faline and keeping her cornered on a high ledge. We wondered who at the Studio could have drawn this terrifying situation so convincingly and would have guessed that such virile drawings could have been done only by some burly man, probably with a bristling beard and the look of an eagle in his eye. We were amazed to find instead that they were done by a small, delicate, wonderfully cheerful young woman with winkling eyes and a crown of blond curls piled on top of her head. Retta was strong had boundless energy, and drew powerful animals of all kinds from almost any perspective and in any action. No one could match her ability.”

Just as Walt wanted to see Marc Davis’s sketches of Bambi, Thumper, and Flower on screen, he and Bambi’s directors knew that no one could bring her creatures to life but Scott herself. Animator Eric Larson, who years later would go on to train many of today’s animators, helped set up the scenes and taught her what she needed to know. “I worked with her on the timing,” he said, “but she did it all; she worked and worked on it. This gal had a feeling for movement…she had a feeling for power.” 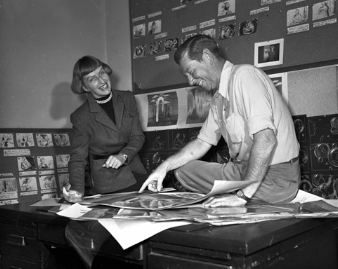 Mary Robinson Blair joined the Disney story department in 1940, but it wasn’t until the 1941 “Good Neighbor” tour of South America by Walt and El Grupo that she found her unique and incredibly arresting, captivatingly colorful style. Marc Davis said, “There was a magic that her stuff had that nobody else had. Walt liked the simplicity of it. It wasn’t overworked.” Frank Thomas and Ollie Johnston agreed, acknowledging “Mary’s drawings had a special appeal for Walt.” Blair herself remembered, “Walt said that I knew about colors he had never heard of before.”

John Canemaker, who touched on Blair’s career in Before the Animation Begins and then published a more in-depth volume, The Art and Flair of Mary Blair, notes: “Of all his artists, this female artist was Walt’s favorite, and he allowed her to have as significant an impact on postwar Disney style as Albert Hurter had in the 1930s.”

Blair’s concept paintings inspired and influenced the look and style not only of the South American films, but also Song of the South, So Dear to My Heart, Melody Time, The Little House, Cinderella, Alice in Wonderland, andPeter Pan. Although she had left the Disney Studio in the mid-1950s, when it came time to develop “it’s a small world” for the 1964-1965 New York World’s Fair, Walt called her back. Today Blair’s stylings of the children and the world they inhabit continue to engage and delight guests on a daily basis, in Disney parks all over this truly small world.

Bianca Majolie, Sylvia Moberly-Holland, Retta Scott, and Mary Blair were not Walt’s only women artists—but they were the ones who helped crack the celluloid ceiling, and pave the way for today’s women animators, story artists, writers and directors. We are all grateful for their legacy.

On Saturday March 17 at 3:00pm, you can join A Conversation with Nancy Olson, the delightful co-star of Pollyanna and Academy Award® nominee for Sunset Boulevard. Ms. Olson will share a personal view of her experiences in Hollywood, on Broadway, and with Walt Disney, illustrated with rare photographs and film clips from her many projects.

Walt Disney’s Pollyanna screens daily through March at 1:00pm and 4:00pm (except Tuesdays, and March 17). Further program information and tickets are available at the Reception and Member Service Desk at the Museum, or online by clicking here.