My Career in Disney Animation with Andreas Deja 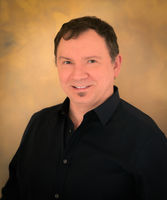 How different might your life be if you ended up with your childhood dream job? Disney Legend Andreas Deja does not have to wonder. He decided at age 10 that he wanted to be a Disney animator, and by age 20, he had achieved his dream. Join us for an interview with Deja as he discusses his decades

Join us as we delve into the captivating art of dance and how to translate it into animation, then explore how swooping lines and simple drawings capture the illusion of a performer using exquisite dance moves across the screen. 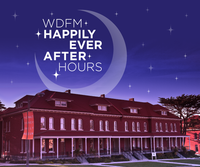 Pixar Animation Studios is committed to ensuring that talented individuals find access, opportunity, and belonging as issues of diversity, equity, accessibility, and inclusion continue to be spotlighted and given greater voice. Join us as Pixar Layout Lead Andrea Goh and Editorial Coordinator Jake 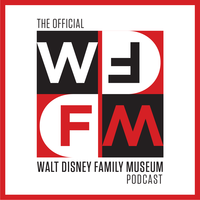 Join Bri and Chris on the newest episode of WD-FM Museum Musings as they share upcoming museum programs and share some of their favorite Disney memories.

Get inspired by creativity, innovation, and entrepreneurship. Work alongside our dedicated staff to inspire visitors of all ages and share your enthusiasm for Walt’s story. Volunteer commitment is essential to the ongoing success of The Walt Disney Family Museum.

Spirit of the Season: A Community Art Exhibition

The Walt Disney Family Museum is pleased to announce its next community exhibition, Spirit of the Season: A Community Art Exhibition. Adult and teen artists are invited to submit artwork inspired by their own holiday traditions and expressing what the spirit of the season means to them.

A Singing Wake: The Music of Walt Disney’s Haunted Mansion 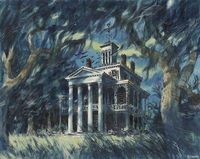 When the Haunted Mansion finally opened to guests in August 1969, its 999 resident ghosts were ready to socialize. But, as we all know, spooks don’t come out for a swinging wake without suitable musical accompaniment. Here’s how “Grim Grinning Ghosts” materialized…

Join Archivist Madlyn Moskowitz, guardian and steward of Lucasfilm’s collection of screen-used Star Wars props, costumes, and related ephemera, for a special presentation about her duties and responsibilities ranging from cleaning, storage, and transportation to consultation for replica makers and

Get involved and motivated with programs that provide creative spaces for original art making and glimpses into the inner workings of the animation field, in addition to experiences meant to inspire and celebrate innovation. 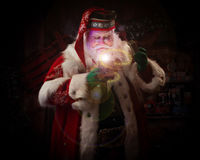 In this very special Storytime event, Santa J. Claus makes a summer vacation stop to celebrate Christmas in July. Join us as Santa reads one of his favorite stories, The Feast of Cheer, and discusses how Walt's great imagination and wonderful characters inspired him to provide Disney toys and magic

Join Lucasfilm’s Academy Award®-winning Vice President and Executive Creative Director Doug Chiang as he discusses his prolific career, from stop-motion animating on Pee-wee’s Playhouse (1986–90) to becoming Head of Lucasfilm’s Art Department on Star Wars: Episode I – The Phantom Menace (1999) and

Our café is temporarily closed, but we hope to offer grab-and-go options to be enjoyed in outdoor spaces soon. There is no food or beverage consumption permitted in the indoor museum spaces at this time except for bottled water. Water fountains are available at this time.

We apologize for any inconvenience.

In this workshop, join us as we look into the history of iconic Martians in film and animation and utilize drawing principles such as appeal, timing, and exaggeration. Then take pencil to paper and animate your own otherworldly character sneaking around our planet.

This Pride Month, we are celebrating the LGBTQ+ community’s contributions to the world of animation. Join Producers and Directors Rebecca Sugar and Ian Jones-Quartey, notable for their work on Cartoon Networks’ animated series Adventure Time and Steven Universe, as they discuss their experiences

With the United States’ entrance into World War II following the attack on Pearl Harbor on December 7, 1941, propaganda became ubiquitous on the home front as the process of rallying the American war effort began. Posters of Uncle Sam and Rosie the Riveter became synonymous with the redoubtable American spirit of optimism and determination. World War II was not simply the war of the soldier, but of every man, woman, and child in the United States, and each individual was expected to do their

Happily Ever After Hours with Kate MacMurray

Join Kate MacMurray, daughter of beloved Disney Legend and actor Fred MacMurray, for a special Fathers’ Day edition of Happily Ever After Hours as she discusses her father’s close friendship with Walt Disney, her childhood memories of Walt, and her experience growing up with a father who played the

In this Studio Series, let your imagination run wild as you animate a lion calling out with its majestic roar.