Join the acclaimed animation directing duo Gary Trousdale and Kirk Wise for behind-the-scenes stories about their past projects, including Beauty and the Beast (1991), The Hunchback of Notre Dame (1996), and Atlantis: The Lost Empire (2001). 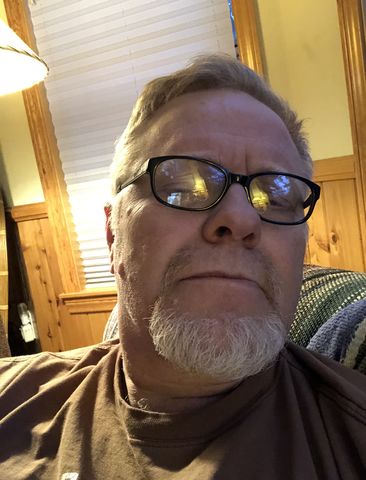 Gary Trousdale is a California native and has been a member of the animated film industry since 1984, after studying at California Institute of the Arts (CalArts).

Starting in the industry at the Walt Disney Feature Animation FX department on The Black Cauldron (1985) as an FX assistant, he was told the job would be just a six-month gig.

Trousdale’s directing debut came on a project for EPCOT Center, in the form of a 4.5 minute pre-show for an attraction called Cranium Command. Soon after, he and his directing partner Kirk Wise were assigned the Disney animated feature version of Beauty and the Beast (1991), followed by The Hunchback of Notre Dame (1995), and Atlantis: The Lost Empire (2001).

In 2003, Trousdale moved to DreamWorks Animation where, after a brief stint storyboarding on Madagascar (2005), he went on to solo direct The Madagascar Penguins in a Christmas Caper (2005, that title just trips off the tongue, doesn’t it?), Shrek the Halls (2007), and Scared Shrekless (2010)—the latter two being holiday TV specials for ABC—and a 12 minute short featuring Rocky and Bullwinkle.

Trousdale and a small team of artists and technicians were then moved into the fledgling Theme Park Division of DreamWorks—writing, designing and producing shows and media for Merlin Entertainment London, Motiongate Dubai, Universal Studios, and Comcast-Universal.

Trousdale continues to write and design stories for TV and feature animation and is now adding books to his repertoire.

Drop by for Halloween some year. Trousdale has been running a gradually expanding Home-Haunt for 33 years. 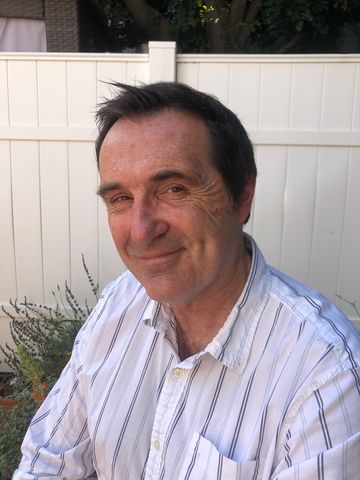 Originally from San Francisco, Kirk Wise started drawing at an early age. He first earned recognition for his artistic ability at age seven, when he won the weekly Junior Art Contest featured in the comics section of the San Francisco Chronicle with a drawing entitled “Garbage Day”. The drawing even earned him a small paycheck from the local sanitation company, which thanked him for the free advertising.

That was the moment Wise shifted his career ambition from Garbage Man to Cartoonist.

Growing up in Palo Alto, Wise took a summer community center course in animation while still in elementary school, and soon he was creating his own Super-8 animated films. He loved comics, cartoons, and The Wonderful World of Disney on Sunday nights. But he still clung to the notion of one day becoming a professional cartoonist, like his idol Charles Schulz.

When Wise learned about CalArts and its renowned Character Animation Program, his career ambition shifted again. Here was a chance to combine all of the artistic interests he had developed throughout his high school years; Art, Drama, Filmmaking, and Music. He would train to become a professional animator.

Putting together a portfolio with some advice from his friend and fellow animation junkie Rob Minkoff (who had enrolled at CalArts the previous year), Wise applied to CalArts and was accepted. During the four years spent studying his craft, he earned extra money drawing “Big Head” caricatures at Magic Mountain and Universal Studios.

After graduation, Wise worked in various capacities on multiple animated projects, including The Great Mouse Detective (1986), Sport Goofy in Soccermania (1987), The Brave Little Toaster (1987), Family Dog, and Oliver & Company (1988). He eventually segued from animation into storyboarding at Walt Disney Feature Animation. It was there he was reunited with former CalArts classmate Gary Trousdale.

Wise and Trousdale created storyboards for Cranium Command, The Prince and the Pauper (1990) and The Rescuers Down Under (1990). By the late 1980s, he and Trousdale were given the chance to direct their first feature length film, Beauty and the Beast (1991). The film was a phenomenal success, earning an Oscar® nomination for Best Picture—the first for a feature-length animated film. Wise and Trousdale teamed up to direct two more animated features for Disney, The Hunchback of Notre Dame (1996) and Atlantis: The Lost Empire (2001).

Wise eventually branched out into live-action projects as well, serving as an Executive Producer on Homeward Bound: The Incredible Journey (1993), and as Creative Consultant on DisneyNature’s Chimpanzee (2012). He also directed the live-action educational short Disney History Connections: Colonial America (2012) for Disney Educational Productions.

Though his first love has always been hand-drawn animation, Wise is currently busy directing his first 100% CGI animated feature, which is coming soon to a streaming service near you. Wise loves books, movies, comics, dogs, swimming, kayaking, The Beatles, Dylan, and Elvis Costello.