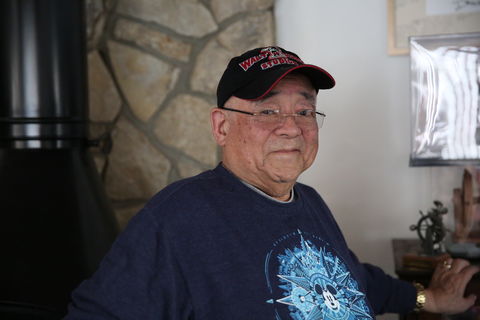 19-year-old artist Willie Ito was studying at Los Angeles’ Chouinard Art Institute. The aspiring cartoonist was eager to visit The Walt Disney Studios before returning home to San Francisco at term’s end. He cold-called them, mentioned his art portfolio, and was invited to come for a review.

As a boy, Ito had seen the 1941 feature The Reluctant Dragon, where humorist Robert Benchley takes a madcap tour of the Disney facility and learns about the animation process. Ito had “been inspired,” as he puts it. “It made such an impression on me that I figured I’d like to at least see the inside of the famous Disney Studios.”

Ito entered the Studios’ lot at the Buena Vista Street gate. Not unlike Benchley, the guard pointed him up Mickey Avenue towards the Animation Building wherein Ito stepped aboard the elevator. But before the doors closed, Walt Disney himself entered, busily in discussion with another colleague.

Walt nodded and smiled briefly to the young man, now “cowering” in the corner. He then continued his conversation. “It was the longest elevator ride of my life,” recalls Ito. “I looked at the back of Walt’s head and thought oh my God, literally!” When they finally reached the desired floor, Walt and colleague turned right. Ito headed left for the personnel office. 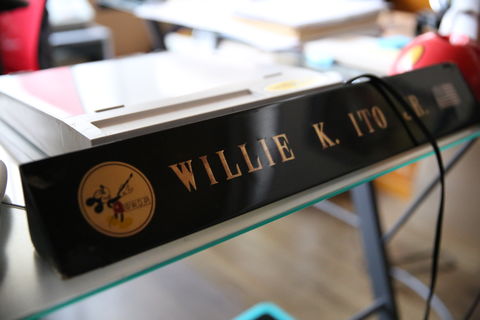 Personnel Director Ken Seiling welcomed the young student. “Then, in comes Andy Engman from production management,” Ito remembers, “and following behind him, almost like Droopy dog, was this little Asian guy. I felt somewhat relieved to see a fellow Asian. I didn’t know who he was but I was surprised.”

The second man was Iwao Takamoto who was, at the time, a nine-year-veteran at the Studios and one of its most skillful artists. “He had a scowling look on his face,” Ito remembers of that first meeting. “I was introduced and recognized his name as Japanese. Then as soon as we shook hands he loosened up and gave me a nice broad smile.”

Ito waited 20 minutes while the artists reviewed his portfolio. Ken Seiling then returned saying, “Thank you for coming in. Don’t call us. We’ll call you.” Ito remembers thinking, “I saw the inside of the studio and I saw Walt. That was great!” The young man “took [his] sweet time” leaving in order to admire the production art on display in the hallways.

Ito was determined to improve his portfolio and return one day to “fulfill his dream.” But a couple weeks later, surprising news arrived via a Western Union telegram. Ito was invited to come in the following Monday to test as an animator.

After half a day’s drawing to show his ability, Ito was hired. “Is this for real?” he had asked animator Johnny Bond. It was. “That threw all my future plans out the window,” Ito says with a laugh. “It was quite a decision to go into that job.”

Though his modesty has endured, Ito’s skill was evident even at 20. His teachers at Chouinard included animator Marc Davis, caricaturist T. Hee, and even Donald Graham, former head of the Disney animation training program. Ito was prime Disney material.

Ito was told to report to the “Lady Unit,” an instruction that at first confused him. He soon discovered that “Lady” was the name of a leading character in Disney’s next animated feature, Lady and the Tramp (1955). 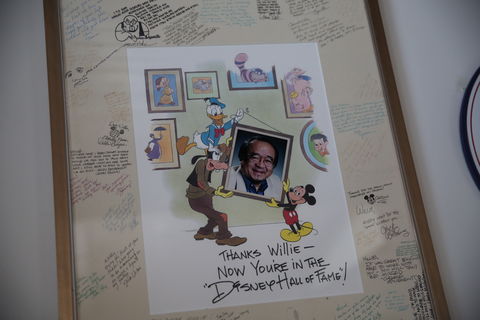 “I was green,” as Ito remembers. Iwao Takamoto was overseeing the Lady Unit, and served as mentor to Ito. Their team helped finish animator Frank Thomas’ scene where Lady and Tramp share a spaghetti dinner and a surprise kiss.

The scene was being crafted to the last detail. Thomas had already animated the dogs “on ones,” or one drawing for each frame of film, 24 per second. “When I came aboard,” Ito describes, “he really wanted to slow down the scene, so I was putting in half-numbers,” or drawings that represented less than a frame of film each.

Not a Supervising Animator like Thomas, Iwao Takamoto oversaw quality control across all animation for Lady. This entailed checking for accuracy and consistency in the thousands of drawings produced by a team of artists, often adjusting or improving them himself. It was an essential, albeit underappreciated job.

“Iwao was the only one who could’ve been entrusted in doing that scene as perfectly as it was done,” Ito remembers about the spaghetti dinner. “We had to be 99% perfect because when it was traced in Ink & Paint, it could lose quality.”

Breakdown, assistant, and inbetween animators like Ito were the last to touch the pencil drawings. “The width of the pencil line had to be consistent with what everyone else was doing,” he continues, “When you flipped the drawing, you couldn’t see that line jiggle. It had to flow. Iwao was a perfectionist, so working under him was a grueling apprenticeship.”

65 years after his first hiring at Disney, Ito reflects that “it was Iwao [Takamoto] who recommended me. Even though my work was just a student’s portfolio, Iwao could see that I had potential. I have to give him credit for my start. I went through an excruciatingly hard period on Lady and the Tramp, but maybe that was a test to see if I could take it or not.” 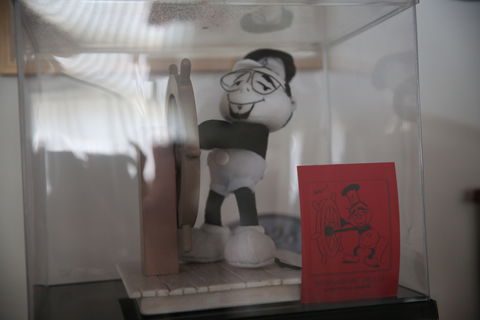 Willie Ito left the Disney Studios after his work on Lady and the Tramp. He was soon hired to join the Warner Brothers animation studio where Ito joined director Chuck Jones’ unit, animating on classics such as One Froggy Evening (1955) and What’s Opera Doc? (1957). He worked with Bob Clampett’s Snowball Studios and spent many years in design and layout at Hanna-Barbera Productions where Ito was reunited with his friend Iwao Takamoto, the “king of the hill” at that newer studio.

It all came full circle in 1976 when Ito made his return to Disney, though not primarily in animation. Ito worked as an artist on Disney consumer products and publications. He became one of the lead creatives behind the original Disney Store project, which opened its first location in 1987, and now spans the globe. “Steamboat Willie” Ito—as a parting gift jokingly referred to him—retired on July 31, 1999. His contributions to Disney’s legacy continue to this day.

This article is the second part of a two-part article about the incredible story of Willie Ito.