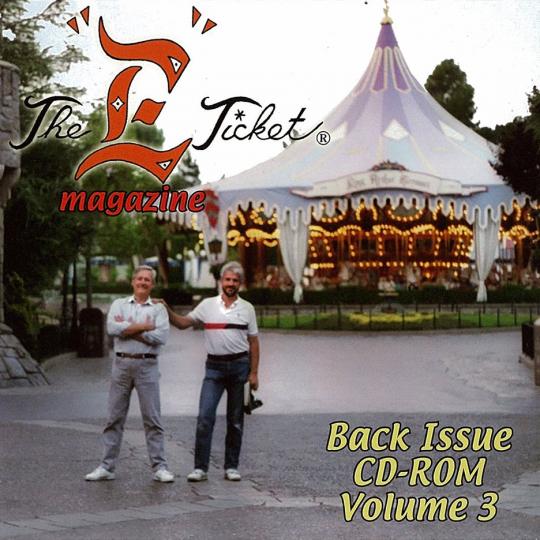 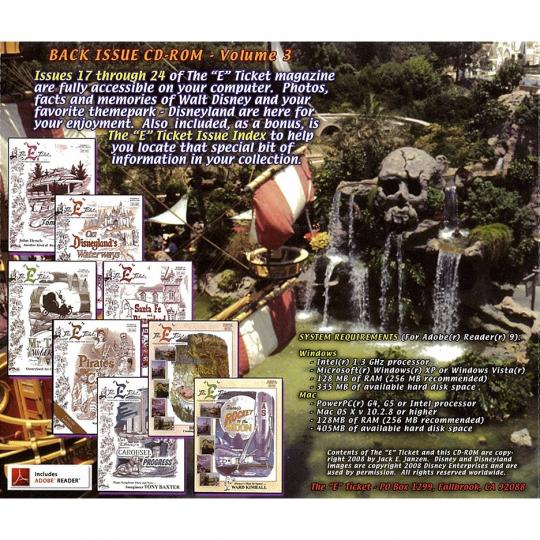 Revisit your favorite rides and relive the magic of Disneyland through The “E” Ticket magazine: a publication devoted to collecting theme park memories and providing detailed histories of attractions at Walt’s Magic Kingdom. Named after the coveted “E ticket” at the park, this magazine ran for 17 years before the last issue, no. 46, was published in the summer of 2009.

Includes issues 17-24, and covers in depth topics such as the Carousel of Progress, Rocket to the Moon, Mr. Toad’s Wild Ride, and interview with Ward Kimball and John Hench.