Mickey Mouse: From Walt to the World 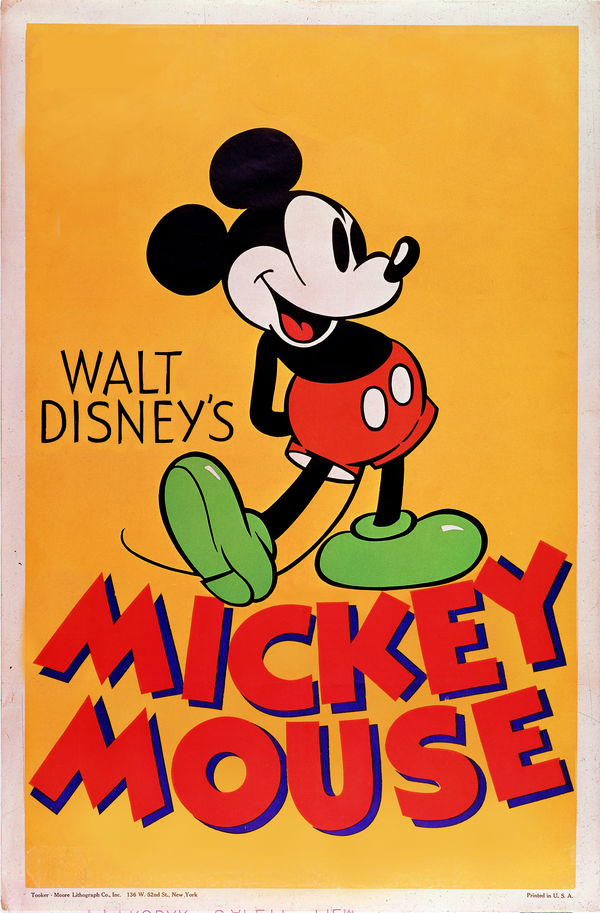 San Francisco, December 5, 2018—The Walt Disney Family Museum presents Mickey Mouse: From Walt to the World, a celebration of animation’s most beloved and recognizable character. This exclusive, original exhibition opens Spring 2019. This special exhibition chronicles Mickey’s impact and influence on art and entertainment over the past nine decades and tells the story of his origin, rise to fame, and enduring world-wide appeal, juxtaposed with Walt Disney’s inspiring and parallel story. Presented in conjunction with the museum’s tenth anniversary, the exhibition will be displayed in the Diane Disney Miller Exhibition Hall from May 16, 2019 through January 6, 2020.

Guest curated by legendary animator Andreas Deja, in collaboration with co-curator Michael Labrie, Mickey Mouse: From Walt to the World features more than 400 objects, including rare and never-before-seen original sketches, character model sheets, and concept artwork, together with nostalgic merchandise, vintage photographs, and a variety of Mickey’s earliest and most recent animated short films. The exhibition is a testament to Mickey’s transcendent influence, from cartoons and comic books to real-life appearances at Disney Parks worldwide. It also highlights the incredible artists who are responsible for his success: legendary animators and artists including Ub Iwerks, Les Clark, and Fred Moore, plus contemporary talent such as Andreas Deja, Eric Goldberg, and Mark Henn.

“I have been collecting and studying classic Disney animation drawings for a long time. Among them are very rare sketches of Mickey Mouse by master animators like Fred Moore, Frank Thomas, and others. Each artist applied their personal style to Mickey, not only in the way he is drawn but also in the way he moves and acts. By analyzing these beautiful drawings, I am constantly reminded of how wonderful and magical character animation can be,” says Deja.

“It has been an honor and pleasure to collaborate with Andreas Deja—the leading authority on the history and animation of Mickey—in creating this meaningful exhibition,” says museum Executive Director Kirsten Komoroske. “Depicting 90 years of this iconic character’s enduring success was a wonderful challenge, and Andreas has brilliantly succeeded in creating a remarkably diverse and extensive special exhibition.”

Of creating this comprehensive exhibition, Deja adds, “I am proud to include these artworks, never before seen by the public, along with many other artifacts and production pieces, all depicting the one and only Mickey Mouse.”

Walt Disney once said, “Mickey was simply a little personality assigned to the purposes of laughter,” but the mouse—like Walt—transformed the medium of animation and became synonymous with quality entertainment and innovation. Even after decades of success, Walt wanted the world to remember that his entertainment empire was “all started by a mouse.”

In addition to exploring the vast array of original animation pieces, artifacts, and film clips that illustrate Mickey’s rich history, visitors have the opportunity to view artistic interpretations of the world’s most famous mouse. For the pop artists of the late-1950s and 60s, Mickey personified the culture of the time: not only was his image reproduced on merchandise, but his simple, bright design echoed advertisements of the mid-century and embodied the spirit of American entertainment. The inclusion in the exhibition of iconic works by prominent artists such as Gottfried Helnwein, Damien Hirst, Wayne Thiebaud, and Andy Warhol, alongside contemporary works by Lorelay Bové, Tennessee Loveless, Eric Robison, and San Francisco-based muralist Sirron Norris, demonstrate the resonance that Mickey Mouse has with new audiences and generations.

To enhance their experience, our younger visitors and the young-at-heart are invited to dive further into the exhibition through in-gallery interactive elements and hands-on activities. Additionally, an exciting pairing of programs held during the opening week of the exhibition will highlight the extensive process of curating such a comprehensive exhibition, and Mickey’s inimitable appeal to all walks of life:

Mickey Mouse: From Walt to the World Preview with Guest Curator Andreas Deja

Stay Tuned for date and time

Mickey Mouse: From Walt to the World is organized by The Walt Disney Family Museum and will be presented in the Diane Disney Miller Exhibition Hall from May 16, 2019 through January 6, 2020.

Mickey Mouse: From Walt to the World is complemented by a catalogue featuring artworks showcased in the exhibition. The catalogue, published by the Walt Disney Family Foundation Press, can be purchased in the Museum Store for $50.

After seeing The Jungle Book (1967) as a child, Andreas Deja remembers immediately writing to The Walt Disney Studios and asking for a job as an animator. In 1980, he was encouraged to apply upon showing his work to one of Walt’s Nine Old Men, Eric Larson. Deja went on to do early character design, costume research, and animation for The Black Cauldron (1985), The Great Mouse Detective (1986), and Who Framed Roger Rabbit? (1988). He also oversaw the animation of King Triton in The Little Mermaid (1989), and served as the supervising animator for such infamous Disney villains as Gaston in Beauty and the Beast (1991), Jafar in Aladdin (1992), and Scar in The Lion King (1994). He was then given the opportunity to create some much-loved heroes and heroines, including the titular character in Hercules (1997), Lilo of Lilo & Stitch (2002), and Mama Odie in The Princess and the Frog (2009). In 2007, Deja was honored with the Winsor McKay Award from the International Animated Film Association, and was later named a Disney Legend in 2015. The Walt Disney Family Museum celebrated his prolific career with the exhibition Deja View: The Art of Andreas Deja in 2017. Deja is currently working on Mushka, his own independent animated short film.

ABOUT THE WALT DISNEY FAMILY MUSEUM

The Walt Disney Family Museum presents the fascinating story and achievements of Walt Disney, the man who raised animation to the level of fine art, transformed the film industry, tirelessly pursued innovation, and created a global, yet distinctively American legacy. Opened in October 2009, the 40,000-square-foot facility features innovative technology alongside a vast collection of historic materials and artifacts that bring Disney’s achievements to life. There is a myriad of interactive galleries, which present early drawings and animation, movies, music, listening stations, a spectacular model of Disneyland, and much more. The museum is a 501(c)(3) nonprofit organization located in the scenic Presidio of San Francisco.

The Walt Disney Family Museum has created many world-class exhibitions, such as Disney and Dalí: Architects of the Imagination; MAGIC, COLOR, FLAIR: The World of Mary Blair; Water to Paper, Paint to Sky: The Art of Tyrus Wong; and Walt Disney’s Nine Old Men: Masters of Animation, several of which have traveled to other museums around the world. The most recent, Mickey Mouse: From Walt to the World, is the 25th original exhibition organized by the museum since 2012, and will be on view from May 16, 2019 to January 6, 2020 in the Diane Disney Miller Exhibition Hall.