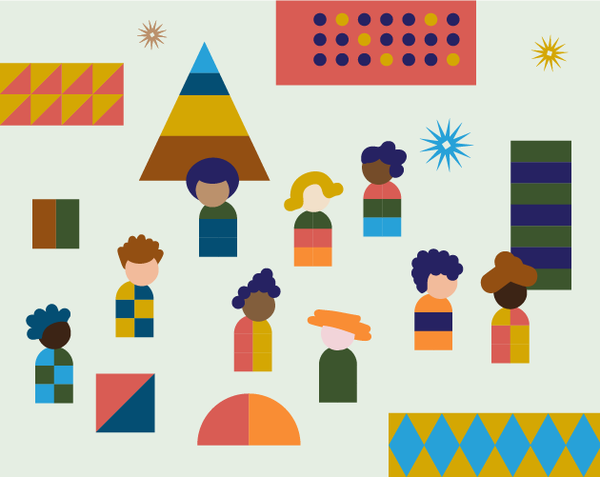 “There is just one moon and one golden sun,
And a smile means friendship to everyone.
Though the mountains divide and the oceans are wide, it's a small world after all.”

San Francisco, 8 December, 2020—The Walt Disney Family Museum is pleased to debut its second virtual community art exhibition, it’s a small world. Showcasing a diverse selection of original 2D, 3D, and short film creations by teen and adult artists from around the globe, it’s a small world: A Virtual Community Art Exhibition will be on view to the public on the museum’s website from Wednesday, 9 December 2020 at 1pm PT.

The Walt Disney Family Museum’s first virtual exhibition, The World of Tomorrow, which opened in June, called upon amateur and professional artists of all ages to share their ideas and hopes for our future. Now, it’s a small world has asked the museum’s global community to share their visions for a just and equitable present.

Just weeks after the Civil Rights Act was passed into law in the U.S., "it's a small world" premiered at the 1964–1965 New York World's Fair. In the wake of the Cuban Missile Crisis, according to songwriter and Disney Legend Richard Sherman, its lyrics were meant to be “a prayer for peace.” Like many other works of art, "it's a small world" was informed by, and inextricably linked to, the realities that existed during its creation.

“We selected ‘it’s a small world’ as the inspiration for this virtual exhibition because it illustrates the importance of appreciating and embracing cultural differences,” says museum Executive Director, Kirsten Komoroske. “This theme is poignantly celebrated by our participating artists, and I am deeply grateful to each of them for contributing their work to this initiative and bringing this exhibition to life.”

The Walt Disney Family Museum received hundreds of contributions from artists based in Mexico, Canada, India, Singapore, and all throughout the United States. Submissions were first entered in a juried pool, with 120 pieces ultimately selected to be displayed in a 3D-rendering of the Diane Disney Miller Exhibition Hall, which has previously housed world-class exhibitions including MAGIC, COLOR, FLAIR: The World of Mary Blair, Disney and Dalí: Architects of the Imagination, and Mickey Mouse: From Walt to the World.

Works have been arranged in the virtual space by young and adult artists, artwork medium, and a gallery dedicated to various interpretations of the “it's a small world” facade. Viewers will be able to independently navigate through each gallery with 360° views and options to zoom in on each piece that includes information about the work and the artist.

it’s a small world: A Virtual Community Art Exhibition will be available to view for free at waltdisney.org/smallworld or on the WDFM mobile app from Wednesday, 9 December at 1pm PT.