Happily Ever After Hours
with Film Critic and Author Leonard Maltin

Join film critic and author Leonard Maltin for a discussion about his newly released memoir Starstruck: My Unlikely Road to Hollywood as he shares stories of his favorite Hollywood moments, his extensive work within the Disney universe, and the ways in which the films of Walt Disney influenced his life and career.

Tickets for Happily Ever After Hours with Film Critic and Author Leonard Maltin will be available as follows: 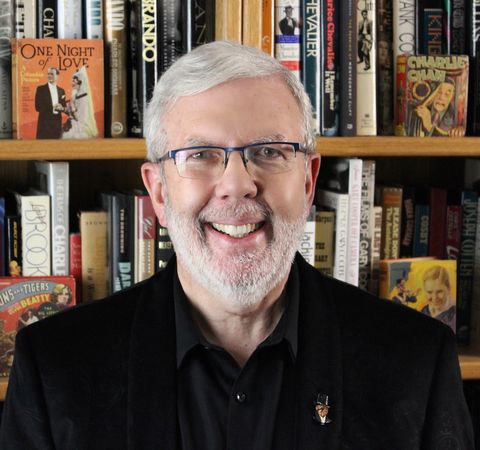 Leonard Maltin first wrote about Walt Disney at the age of 16 in his magazine Film Fan Monthly. He expanded that material into a book, The Disney Films, first published in 1973, with updated editions in 1984, 1995, and in 2000 published by Disney Editions. He later co-produced and hosted the Walt Disney Treasures DVD series. His most recent Disney essays appear in the Taschen book The Walt Disney Archives Film Archives.

He is best known for his widely-used reference work Leonard Maltin’s Movie Guide, its companion volume Leonard Maltin’s Classic Movie Guide, and his thirty-year run as a film critic on television’s Entertainment Tonight. He teaches at the USC School of Cinematic Arts, appears regularly on Turner Classic Movies, and hosts the weekly podcast Maltin on Movies with his daughter Jessie. His other books include Of Mice and Magic: A History of American Animated Cartoons; Hooked on Hollywood, The 151 Best Movies You’ve Never Seen, and The Art of the Cinematographer. He holds court at leonardmaltin.com.