Join us for a special evening with Disney Legend Paige O’Hara and learn more about her work on the Beauty and the Beast (1991) franchise. During this event, members will have the unique opportunity to participate in a moderated Q&A session and meet-and-greet with O’Hara, followed by a toast.

Tickets for An Enchanted Evening with Disney Legend Paige O’Hara will be available as follows: 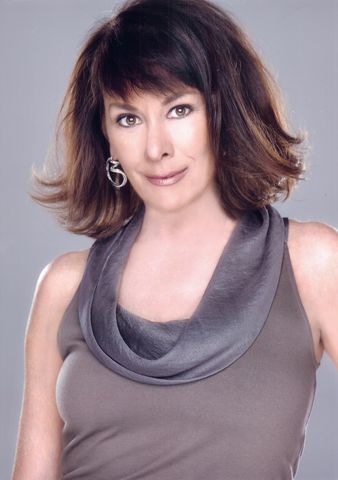 Paige O’Hara is widely known as Disney's heroine, Belle, in the critically acclaimed, Oscar®-winning Walt Disney Animation Studios film Beauty and the Beast (1991), a Disney classic which she proudly added to a career that has spanned from Broadway to opera and concert stages to recordings. This was followed by the multimillion selling video Beauty and the Beast: The Enchanted Christmas (1997) and a Grammy® for Beauty and the Beast Children's Singalong. (1993).Paige recorded a music video with Richard Sherman for a previously undiscovered song “Never Land” that is included on the Peter Pan (1953) DVD release in 2007, and made her Disney on-screen debut in the Walt Disney Studios feature film Enchanted (2007). In 2011, Paige performed at and participated in the D23 Expo in Anaheim, California where she received a Disney Legends Award – an honor and highlight of her 20+ year career with Disney.

Her many stage appearances include playing Ellie May Chipley in the Broadway revival of Showboat starring Donald O'Connor; as Fantine in the award-winning Les Miserables on Broadway; and as Edwin Drood in both the Broadway and national tour of The Mystery of Edwin Drood. She starred as Nellie Forbush in the Australian tour of South Pacific and reprised the role opposite Robert Goulet in the states. Paige has played the title role in Evita, worked opposite Jose Ferrer in Paint Your Wagon, and achieved great critical acclaim in Los Angeles as murderess Winnie Ruth Judd in the drama Tiger Lady.

In concert she has appeared in stagings of Sitting Pretty, The Cat and the Fiddle, Oh Boy, and Lady! Lady!, all at Carnegie Hall as well as One Touch of Venus at Town Hall in London. She has toured Japan as a Special Guest Star with the Hollywood Bowl Orchestra, and was the Special Guest Star/Host in The Great Radio City Music Hall Spectacular starring the legendary Rockettes at the Flamingo Hilton. As a concert soloist, Paige has guest-starred at the Hollywood Bowl, the Boston Pops, and the Turin Opera House in Italy, as well as making many appearances with various symphonies across the U.S. Paige completed a highly successful, sold-out 20 city tour of Japan as a Special Guest Star with the Tokyo Philharmonic, and appeared as the Special Guest of Robert Goulet in his concert evening, which played at the Venetian.

She has starred in England as Venus in the BBC's recorded broadcast of the live presentation of Kurt Weill's One Touch of Venus and is featured prominently on the recording of Mack and Mabel in Concert, which was also recorded live in London with an all-star cast including Tommy Tune, Georgia Brown, and George Hearn. Her recordings of Jerome Kern's Sitting Pretty, and an updated and complete version of South Pacific were released on the New World label. Paige's many recordings include Wish Upon A Star featuring Paige singing the title song "Beauty and the Beast,” as well as Loving You: The Songs of Jerry Herman that features such classic Herman tunes as "La Cage Aux Folles" and "It Only Takes a Moment" from Hello, Dolly! Two other recordings, Showboat and Of Thee I Sing, were nominated for a Grammy® in the Best Show Album category.

Having painted all her life as a hobby, Paige has been able to explore a different relationship with Disney - as an artist! She collaborated with Disney Fine Art – Collector’s Editions to paint a series of original pieces reflecting some of her favorite moments from Beauty and the Beast (1991). Loosely titled Belles by Belle, the series captured some of the magic of the original film. Her artwork is on display at the Magical Memories Gallery in the Forum Shops at Caesars Palace in Las Vegas.