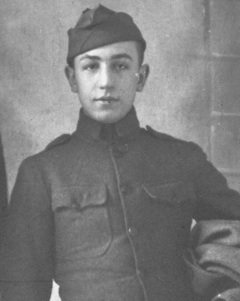 During World War II, many employees of the Disney Studio left to join various branches of the armed forces. When Card Walker came up and told Walt that he was leaving the Studio to join the Navy, Walt first tried to talk him out of it and then eventually said, “You’re a lucky guy. I’d like to go myself.”

Walt was either too young or too old when the United States went to war, and as a result was never a member of any of the branches of the armed forces. However, Walt grew up in a time when it was an honor and an obligation as an American to serve your country.

“Tomorrow will be better for as long as America keeps alive the ideals of freedom and a better life,” Walt stated during World War II, and while Walt never served in the armed services, he was always one of the strongest supporters of Americans in uniform, even as a teenager in Kansas City, Missouri.

During World War I, Walt drew patriotic cartoons for his high school newspaper. Those drawings displayed his passionate support for the troops, and included helpful suggestions like buying saving stamps or eating less so more food could be sent overseas for the troops. A caricature of The Kaiser usually took the brunt of Walt’s youthful fervor, as did people who Walt felt were “slackers” since they hadn’t joined up to fight the Huns.

Walt’s older brother, Roy, joined the Navy on June 22, 1917. “He looked so swell in that sailor uniform,” remembered Walt. “So I wanted to join him.” Walt’s other two older brothers, Ray and Herbert, served in the Army, in the newly-formed American Expeditionary Corps.

Walt and a friend, Russell Maas, tried to enlist, but Maas was rejected because his eyesight was poor, and Walt didn’t want to go without his friend. Deflated, they got jobs at the Post Office together. Then Maas found out that the Red Cross Ambulance Corps would accept volunteers as young as 17. They applied as the “St. Johns Brothers,” and were rejected, so the boys planned to sneak  away to and sign up. Russell’s mother found his packed suitcase and called Walt’s mother, and they stopped their sons from running away.

While Walt’s parents were not happy about Walt’s plans to go overseas, they reluctantly allowed him to sign up when he pleaded, “I don’t want my grandchildren asking me ‘Why weren't you in the war? Were you a slacker?’”

In one of his early artistic endeavors, Walt altered his birth date on his passport application from “1901” to “1900” so that he could go and serve his country. The Walt Disney Archives has that famous document, and once you know to look at the date closely, the forgery is obvious.

The two boys received uniforms and reported to Camp Scott, which was a temporary encampment at a burned out amusement park near the University of Chicago. Mechanics of the Yellow Cab Company taught them how to repair motors, assemble and disassemble cars, and drive vehicles over rough terrain for two weeks, and then the boys got two weeks of rough military drills.

An influenza epidemic struck Chicago and Walt became so sick he was released to go home so his parents could take care of him, since so many people going to the hospitals were dying. By the time Walt recovered, his unit had sailed without him, so he joined another company awaiting transport to France. While waiting for that unit to be shipped out, the war ended—but they decided to ship out 50 men the following day to aid in the occupation. Walt was number 50 and was shipped out.

Walt spoke only positively of his time in France and told his daughter Diane: “The things I did during those eleven months I was overseas added up to a lifetime of experience. It was such a valuable experience that I feel that if we have to send our boys into the Army we should send them even younger than we do. I know being on my own at an early age has made me more self-reliant…”

He sent an illustrated letter to his high school magazine and it was filled with drawings of soldiers and prisoners of war. He created a cartoon character of a “doughboy” and drew it on the canvas sides of the ambulances.

Walt earned extra money by teaming up with another young soldier who had created a sideline enterprise of selling souvenirs to homeward bound soldiers. While the other young man obtained German helmets, Walt used his artistic skill to transform them into very rare German sniper helmets by painting the elaborate camouflage, his friend then made them look battle scarred with quick drying shellac, some paint, and by banging them up, shooting a bullet hole into them, and attaching hair and dried blood. The two boys made quite a lot of money to send home.

First, Walt was billeted in a chateau in St. Cyr that was so dank and chilly he wrapped himself in newspapers before going to sleep. The food was primarily pork and beans. Later, he was transferred to Evacuation Hospital Number 5 near Paris, after which he was transferred back to Paris and assigned to the motor pool. He spent his spare time drawing posters, cartoons for soldiers, and painting cartoons on jackets.

Walt spent much of his time chauffeuring around army officers and special dignitaries, including General Pershing's 10-year-old son. Walt gained quite a reputation as a top tour guide.

One of the many urban legends that surrounded Walt after his death was that he was dishonorably discharged. The short answer is that Walt was never in the military, so he couldn’t be discharged—either honorably or dishonorably. However, most legends have some basis in fact, and here is the true story as told by Walt himself: 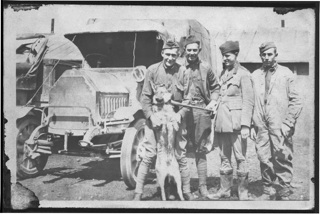 “It was in February…they sent me with a white truck. I was the driver and I had a helper. A white truck loaded with beans and sugar to the devastated area in Soissons. Well, I went out of Paris and it started to snow. I got up part way and I burned out a bearing on the truck, close to a watchman's shed…So, the orders were never to leave your truck. Sugar and beans were gold. So the helper was supposed to go, and I'd stay with the truck. There was this little watchman's shed…and I sat with the watchman. I sat two nights and no help came. So, the third day I was so tired, so sleepy, that I left my truck and walked up to this town and ordered a meal. Then I got a bed and I flopped into this French bed. And I slept clear around the clock.

“And then I went back and my truck was gone…I didn't know what had happened…I got a train into Paris. When I got into Paris, I found out the story. This helper got into Paris and went out that night before he reported to the headquarters…and got drunk and he was drunk for two days. Then he finally reported and he came to find me. I was gone and he picked up the truck. So I was court-martialed. They brought me up before this board, and…the greatest disgrace would be to be kicked out of the Red Cross, you know…

“Then this fellow that I had worked for…came to my defense…He was almost like my attorney He said 'Look, this boy sat there for two nights.' He said 'What happened to the helper?' He said, 'Have you court-martialed the helper?' They said, 'Yes.' He was in the brig. So they let me off.”

One of the last things Walt did before he left Paris to return home was to get a photograph taken of himself in his khaki uniform. He had spent roughly a year in France. However, his experience only increased his affection and respect for the American men and women in uniform and when World War II started almost two decades later, Walt committed all the resources of his Studio to helping the war effort.

JIM KORKIS is an internationally-respected Disney Historian who has written hundreds of article and done hundreds of presentations on all things Disney for more than thirty years. He is the author of the acclaimed new book The Vault of Walt. His extensive expertise and knowledge, particularly in previously-unexplored areas of Disney history, has been utilized by many other researchers as well as The Walt Disney Company. Jim will be hosting a special presentation at The Walt Disney Family Museum on July 23.

THE VAULT OF WALT is a highly-praised recently-published book featuring more than 450 pages of previously untold stories about Walt Disney, the Disney theme parks, the Disney films as well as many out-of-the-ordinary and forgotten stories of Disney history. The Vault of Walt is both a valuable supplement to any Disney fan’s personal library and an entertaining introduction to the many worlds of Walt. It features a foreword by Diane Disney Miller, who praises the writing as “honest, and well written…so authentic, so true to my dad’s spirit, so unprejudiced and non-judgmental that as I read it I could see the twinkle in dad’s eye, hear his laugh.”

Images above: 1) Walt in his Red Cross uniform. 2) Walt (far right) in France with other Red Cross Ambulance volunteers. 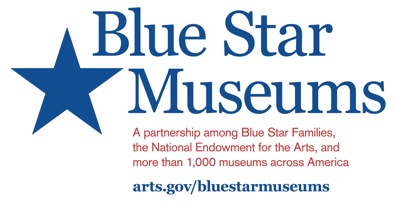