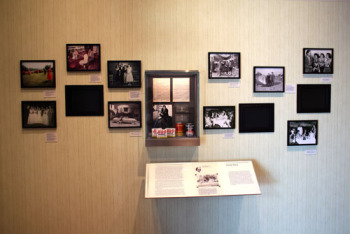 On the 10th day of Christmas, Collections Registrar Anel Muller wanted to share some of Walt's favorite foods:

The Walt Disney Family Museum is filled with personal treasures from Walt’s life.  These artifacts open a window into a world of a very ordinary man albeit one of the most ingenious men of his generation.  The menu that we are highlighting was written in Walt’s own hand for the family's Master Housekeeper and Cook, Thelma Howard.  For someone as prominent and important as Walt, you might expect extravagant items like champagne and caviar; instead, you find spam and eggs.  The following is an excerpt from our museum labels:

“There were certain things that dad liked to eat. He wasn’t much interested in steak, but preferred hash, stews, soups, even out of a can.  He became tired of mother’s frequent meal plan of broiled lamb chops, baked potato, salad, and came downstairs for breakfast one morning and handed Thelma this list. 'Thelma, here’s a list of the things I like to eat.' Somehow this list survived through the decades after his death, and was found, after mother’s death, in an old Life magazine. — Diane Disney Miller

As you roam through our galleries you will constantly come upon these very special and very personal artifacts.  We hope we will see you all here very soon! 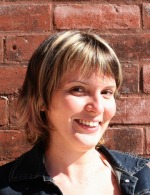