Walt and the True-Life Adventures

February is Awards Season, and The Walt Disney Family Museum is celebrating, with film presentations and visitor programs throughout the month. Walt personally won 32 Academy Awards® throughout his career. To this day, Walt still holds the record for the most Oscars® won by an individual, and there is only one place where you can get an up-close look at more than 20 of the famous statuettes—The Walt Disney Family Museum. Screening this month in our museum’s state-of-the-art digital theatre is a collection of Walt’s award-winning True-Life Adventures films. Disney historian and author Jim Korkis has shared his excellent article about this pioneering film series with Storyboard. 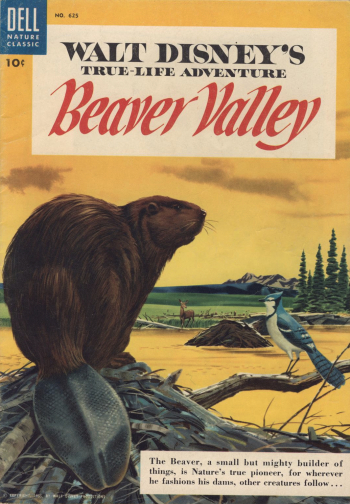 Walt made thirteen nature films in the 1950s known as the True-Life Adventures series. Eight of them won Academy Awards®. They were shown in public schools for decades and—judging by correspondence that is in the Walt Disney Archives in Burbank—many young people went into the forestry service and related fields due to the influence of these films.

To show you how naïve the audience was at the time about nature, Walt would often get questions like: “How did you train those animals to move in time to the music?” Not realizing that Walt shot film of the animals first and then added the music later. At one dinner party, Walt joked with an amazed crowd that he created these films by taking “…our most intelligent prairie dogs and gave them very small cameras and sent them down into the burrows.”

Actually, Bambi was probably the prototype for the later True-Life Adventures films. For the years it was in development, a select team labored to merge the reality of nature with what Walt and his artists had learned about the fantasy of animation. Live animals were brought in to the Disney Studio, natural science lectures were given, nature photos adorned office walls, and the story itself revolved around the challenges animals dealt with in nature rather than animals wearing clothes and piloting steamboats or singing songs.

Even in the Fifties, Walt was worried about the vanishing frontier. So he had a husband and wife team, Alfred and Elma Milotte, go to one of the last remaining wildernesses, Alaska, and shoot everything they could. From Inuit people, to businesses, to whatever—to try and capture the spirit of this disappearing outpost of civilization. (Milotte owned a camera store in Alaska.) Studying reels and reels of unrelated shots, Walt zeroed in on footage of seals and asked the Milottes to emphasize the life cycle of the seals and not show any indication of man’s presence.

The resulting film did not appeal to RKO-Radio Pictures (Disney’s film distributor at the time) who felt audiences would not sit still for a nature film. So Walt asked a friend who ran Pasadena’s Crown Theater to showSeal Island for one week in December of 1948, so that this nature film would qualify for consideration for an Academy Award nomination.

Though it was twenty-seven minutes long (much longer than the usual short subject), Seal Island won that year’s Best Documentary Oscar. The very next day, Walt took that Academy Award to Roy Disney’s office and said: “Here, Roy. Take this over to RKO and bang them over the head with it.”

Over the years, there has been some criticism over how Walt and his team presented this material including interpreting animal behavior in human terms. Two bighorn sheep lock horns while the “Anvil Chorus” plays in the background. The courtship of tarantulas was set to a tango, while the movements of two scorpions were showcased with square dance music in the background. (The talented Paul Smith composed the music that added personality and pacing to the raw footage.) 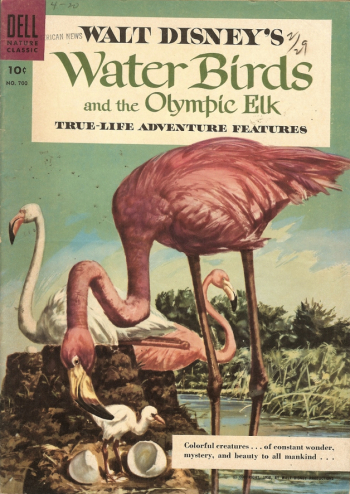 It is important to realize that for Walt, the films were not meant to be dry scientific documents. As with all of Walt’s work, they were designed for the enjoyment of a mass family audience, an audience that was not yet prepared to accept this type of material about protecting animals and the environment without a “spoonful of sugar” to help the medicine go down.

However, that is not to minimize that some criticisms of the series were justified. In White Wilderness (1958), the film crew reportedly (and without the knowledge or approval of Walt and the Studio) brought a handful of lemmings from Manitoba to Alberta, placed them atop a large, snow-covered turntable to film them, and then herded them off a precipice to record the lemmings’ fatal leap into the sea (or a “facsimile sea” in landlocked Alberta) even though no such behavior had ever been documented in lemmings. They do become over-populated, do migrate in huge swarms, and sometimes drown crossing streams—but jumping off cliffs into the sea is an urban myth that only becomes reality when a nature cameraman steps in to make it a reality.

For some of the films, three to five different cameramen might shoot the same action. In general, for every 120,000 ft. of 16mm film shot, perhaps only 30,000 ft. was used in the final film. The Milottes spent three years getting footage for The African Lion—and only 6% of film they shot was used in the final 72-minute film.

James Algar, Winston Hibler, and Ben Sharpsteen were the trio that edited the raw footage while Algar and Hibler often wrote and then narrated the finished films themselves.

The 1954 film, Vanishing Prairie was banned in New York State because of a scene showing for the first time a buffalo giving birth. At the time, Walt said:

“Birth scene would never have appeared on the screen if I believed it might offend an audience. It would be a shame if New York children had to believe the stork brings buffaloes too.”

The state censorship board eventually reversed its decision after the ACLU, on Walt’s behalf, lodged a complaint.

To obtain up-close footage of the buffalo, Tom McHugh covered himself and his camera with an old buffalo hide and wandered into the midst of the herd.

In 1955, the Christian Herald selected The Living Desert and The Vanishing Prairie—two films that did not have any overtly religious theme—to honor because of their “…adherence to the Christian concepts…The hand of the creator in nature.”

Even today, the raw material in these films is undated. They are still effective today thanks to impressive visuals, evocative music and humor. 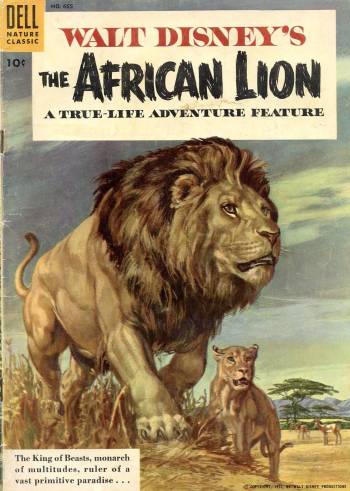 Walt eventually moved from True-Life Adventures to what was called the “True-Life Fantasies” series (although only the first actually used that “brand name”) beginning with Perri (1952) the story of a squirrel (also based on Bambi author Felix Salten’s work, as was the original story of The Shaggy Dog), which had a structured story but used real animals. These True-Life Fantasies included films like Charlie, the Lonesome Cougar and Sammy, the Way Out Seal, and a host of other films that usually popped up on the Disney television TV show.

When I can, I always love giving Walt himself the final word:

“We did not succumb to the alluring temptations to make villains or saints of the creatures portrayed in our films. We have maintained a sensitive regard for the wisdom of Nature’s design and have attempted to hold a mirror to the out-of-doors rather than to interpret it’s functioning by man’s standards.

“Our films have provided thrilling entertainment of educational quality and have played a major part in the worldwide increase in appreciation and understanding of nature. These films have demonstrated that facts can be as fascinating as fiction, truth as beguiling as myth, and have opened the eyes of young and old to the beauties of the outdoor world and aroused their desire to conserve priceless natural assets.”

Here is the complete listing of the True-Life Adventures:

Prowlers of the Everglades

Jim Korkis is an internationally-respected Disney Historian who has written hundreds of article and done hundreds of presentations on all things Disney for more than thirty years. He is the author of the acclaimed new book The Vault of Walt. His extensive expertise and knowledge, particularly in previously-unexplored areas of Disney history, has been utilized by many other researchers as well as The Walt Disney Company.

The Vault of Walt is a highly-praised recently-published book featuring more than 450 pages of previously untold stories about Walt Disney, the Disney theme parks, the Disney films as well as many out-of-the-ordinary and forgotten stories of Disney history.

On Saturday February 25 at 2:00pm, the special program Walt Disney’s Worlds of Nature will feature Academy Award-nominated producer Don Hahn (Beauty and the Beast, The Little Matchgirl) and a presentation about Walt’s pioneering and frequently-emulated True-Life Adventures films, and showing the relationship between that series and the acclaimed Disneynature documentaries (Earth, Oceans,African Cats, and the upcoming Chimpanzees) for which Hahn serves as executive producer. (Separate admission required.)

On Saturday February 18, the special program And the Award Goes to...Walt Disney offers a one-of-a-kind showcase of Walt Disney’s Award Winners. Hosted by author, Disney historian and friend of the Museum Jeff Kurtti, this program offers a look at highlights of Walt Disney’s Oscar-winning films, including rarities such as Parade of the Award Nominees (1932), Ferdinand the Bull (1938), and Grand Canyon(1958); as well as trailers and rare footage and photos of Walt at the Oscar Ceremonies. (Separate admission required.)

Film programs through February change weekly, with screenings daily at 1:00pm and 4:00pm (except Tuesdays, and February 18, 25 and 26). Further program information and tickets are available at the Reception and Member Service Desk at the Museum, or online by clicking here.

The Oscar statuette is the copyrighted property of the Academy of Motion Picture Arts and Sciences, and the statuette and the phrases "Academy Award(s)" and "Oscar(s)" are registered trademarks.

*Images above courtsey of Disney © Disney.