Walt and the King of the Wild Frontier

Today marks the 225th birthday of David "Davy" Crockett (August 17, 1786 – March 6, 1836), a celebrated 19th century American folk hero, frontiersman, soldier and politician. He represented Tennessee in the U.S. House of Representatives, served in the Texas Revolution, and died at the Battle of the Alamo. In 1955, Walt Disney’s television serial based upon Crockett’s legendary exploits created the first national television “craze.” 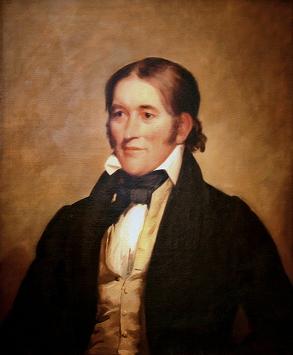 Stanley Crouch recently wrote in a review of David Crockett: The Lion of the West by the historian Michael Wallis, “In a country overrun by myths, it is crucial to separate important figures from pleasant, paranoid or even poetic portrayals. The facts are always more interesting; bringing a historical figure to human size can be remarkable in itself.”

That’s a true enough statement, and an admirable point, and, in fact, a key component of the thinking that led to the creation of The Walt Disney Family Museum. But then Crouch undermines this credibility when he continues, “And as Wallis makes clear, Crockett had many more dimensions than the fictional character Walt Disney’s crew fashioned for children in Davy Crockett, Indian Fighter in the 1950s. Disney’s Crockett was a kitschy sensation of coonskin caps; plastic rifles and whatever else could feed the bottomless hunger for folksy American heroes.

“As I am now learning in Wallis’ book, the real Crockett was folksy but intelligent, a masterful yarn spinner, a tremendously good shot and a very sturdy figure. And yes, Crockett was an actual Indian fighter—but he also opposed President Andrew Jackson’s genocidal policies.”

The broad brush of criticism is no stranger to Walt Disney’s life and works, but it is still infuriating, after decades of scholarly scrutiny and the wide availability of every nuance of Walt’s personal and professional biography, that intelligent writers slavishly follow a discourse that Walt Disney is somehow a debaser of culture, a commercially-motivated hack, or an intellectual fraud.

Davy Crockett’s myth began long before Walt Disney was born. Jeff Nilsson, director of The Saturday Evening Post Archives, writes, “As Crockett became known in Washington [in the 1820s], newspaper writers and editors fastened onto him as the embodiment of the pioneer spirit. Crockett didn’t seem to mind. In fact, with his talent for story telling, he probably contributed to his own legend. Soon Crockett stories, comic pamphlets, and Crockett almanacs were appearing throughout the states. In 1836, however, man and myth intersected when Crockett joined the doomed garrison of Texans at the Alamo. In death, more than in life, Crockett became a legend. And, as we know, legends never die…”

Given this history, it’s no great surprise that when Davy was brought by producer Bill Walsh to Walt as the proposed hero for the “Frontierland” segment of the Disneyland series, it was not as an historical figure, but as a folk hero, in the company of Pecos Bill, Paul Bunyan and Windwagon Smith.

Shortly afterward, rather than presenting the frontiersman as a mythic figure, Walsh proposed a Davy Crockett story that stayed close to the real events of Crockett’s life. Walt was still unconvinced, “How many ways can you fight Indians?” Walt asked, “Or learn anything new about it?” 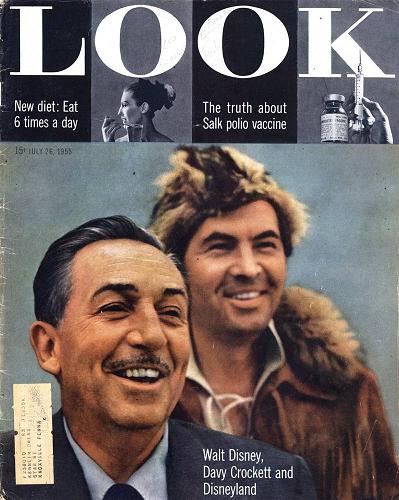 “So we did some boards on Davy Crockett,” Walsh recalled, “ and I tell you, we put everything but the kitchen sink in those boards.”

Walsh included tracking Seminoles in Florida, the tomahawk duel with Red Stick, Crockett’s service in Congress (and his famed clash with Andrew Jackson over the treatment of the natives), adventures in Texas, and his dramatic end at the Alamo.

After a lengthy and dramatic presentation of the storyboards to the boss, Walsh recalled that, “Walt looked at all of this and he said—I’ll never forget his classic line—‘Yeah, but what else did he do?’ That’s when [director] Norman Foster fainted dead away.”

Once he agreed to the story, though, Walt became as enthusiastic as his producer and director.  In addition, screenwriter Tom Blackburn was noted as a stickler for authenticity, but not at the expense of compelling story. “He took basic historic facts,” Blackburn’s daughter Stephanie recalls, “and the probably made the decision to distort them a little to make it a good story.”

In production, Walt spared no expense, and sent his crew to film on location in the Great Smoky Mountains on the North Carolina/Tennessee border, including the Mountain Farm Museum at the Oconaluftee Visitor Center, and historic sites in the Nashville area, including The Hermitage, Andrew Jackson’s authentically preserved presidential home site. In every element from props to costumes, authenticity and quality were observed, the entire production was photographed in Technicolor® (even though it could only be broadcast in black and white), and although Disney would only receive $300,000 from ABC for the episodes, the budget for the three Crockett episodes was $700,000. Walt Disney was taking his Davy Crockett seriously.

This wasn’t a quickie, made on the cheap to sell merchandise, as Crouch and his ilk imply. In fact, its phenomenal success had actually taken Walt and his colleagues at the Studio completely by surprise. Walsh said in a publicity memo, “ABC couldn’t believe it. Parker couldn’t believe it. Neither could Walt nor I. After the second episode aired in January 1955, there was no mistake. We had a hit show.”

As we tend to do with all our idols these days, the tearing down of Davy began as soon as his television counterpart became a hero to millions. What William F. Buckley called “The assault on Davy” began in the national media, “one part a traditional debunking campaign and one part resentment by liberal publicists of Davy’s neuroses-free approach to life.” 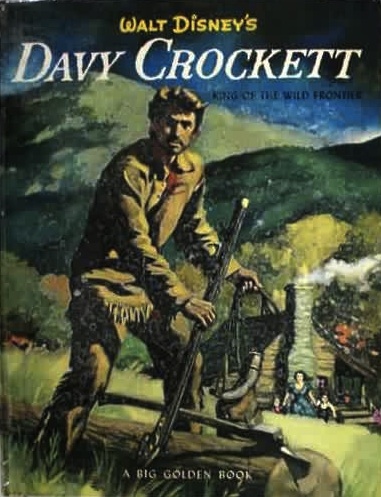 Historian and author Paul F. Anderson reports, “As the Crockett shows became smash hits, the New York Post launched an ‘idol-smashing’ campaign led by its labor columnist, Murray Kempton. Called ‘The Real Davy,’ Kempton’s barrage pointed out apparent inaccuracies: ‘He met his first bear at age of 8,’ not 3; he claimed Old Betsy ‘was a Republican campaign contribution;’ and called Davy ‘a fellow purchasable for no more than a drink.’

“Harpers and Saturday Review also joined in the heated intellectual debate; running articles with titles like ‘The Embarrassing Truth about Davy Crockett’ and ‘The Two Davy Crocketts.’ Most concerned Davy’s moral character, and were alarmed at the differences between actual history and Disney’s version.

“Collier’s had the most eloquent defense, explaining, ‘Children don’t select their heroes on the basis of the exact historical record. And who can say that Daniel Boone is any more real an American hero than Pecos Bill or Paul Bunyan or Huckleberry Finn? It is he who makes the hero real, who by some childhood magic can turn a stick into a horse. The real hero is not Davy Crockett or Galahad, it is himself.’”

The criticisms leveled at Walt’s adaptation of Crockett’s life contained in Stanley Crouch’s recent review feature a different kind of disparagement, though, not a disagreement with the factual differences between Walt’s Davy Crockett and the historical figure, but rather the wholesale and intellectually lazy notion that anything “Disney” must also be culturally trivial or coarse, and commercially motivated; a product created for the entertainment and edification of families must, by its nature, be factually inaccurate, morally suspect, and crass in its motives.

A reading of his column, however, reveals that Crouch has obviously not seen the three original Crockett episodes of the Disneyland TV series. Had he taken the time, he would have seen that the very things that he criticizes about Disney’s Crockett are actually present—and more importantly, vital components—in Disney’s retelling of the legends.

The Disney Crockett, like his real-life counterpart, was folksy but intelligent, a masterful yarn spinner, a tremendously good shot, and a very sturdy figure. And yes, Crockett was an actual Indian fighter, but he also opposed President Andrew Jackson’s genocidal policies. These traits, far from being edited or rewritten in the Disney series, are actually the components of his character that make Davy Crockett a rich, dimensional, and memorable hero.

Images above: 1) Oil on canvas portrait of Davy Crockett by Chester Harding, 1834. 2) Walt and Davy on the cover of Look magazine. 3) © Disney