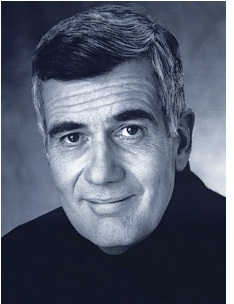 Many Disney enthusiasts will need no introduction to John Canemaker, one of the world’s foremost animation historians, and an Academy Award®-winning animator in his own right. Intimately acquainted with the craft of making animated films, John has used his unique insights to write books exploring the lives and work of past masters in the field. His books have included Before the Animation Begins, which focuses on the top Disney concept artists; Paper Dreams, about the creative talents in the story department; and Walt Disney’s Nine Old Men and the Art of Animation, profiling some of the studio’s greatest animators.

Now John is back with a new and eagerly anticipated book: Two Guys Named Joe. In this innovative dual biography, he introduces us to two major talents who jointly spanned a wide spectrum of Disney history. Joe Grant, who joined the Disney staff in 1933, quickly became one of the studio’s most inventive and indispensable story artists—then, decades after his nominal retirement, returned to exercise a similar creative influence during the Pixar era. His return coincided with the rise of Joe Ranft, standout Disney artist and Pixar co-founder, whose own stellar career was cut short by his tragic early death in 2005. Together, the two Joes exemplified the rich creative spirit that has informed the best in Disney animation history.

John Canemaker will be our special guest at the Museum on August 13 (6:30PM in The Theater) and August 14 (3PM in The Theater) to talk about Two Guys Named Joe. Tickets are available online at www.waltdisney.org. We’re looking forward to his visit!