Watch any Disneyland fan walk into the park, and you’ll see their eyes glance up to the left just before they reach Main Street, U.S.A. Walt Disney’s apartment sits nestled above the Town Square Fire Station, easily invisible to those who don’t know of its existence, while remaining an iconic part of Disneyland to those who do…

Walt had always known he would need a place to rest and sleep in Disneyland. The Park was built while he was in the middle of producing Lady and the Tramp (1955), which meant countless car journeys between a semi-completed Park, The Walt Disney Studios in Burbank, and his Carolwood Drive home.

“He’d spend long mornings at the studio, then out in Anaheim in the afternoons and back—it’s a long drive,” recalled Diane Disney Miller, Walt’s daughter. But it wasn’t simply about ease—Walt’s focus was on Disneyland, and he wanted the option to spend as much of his time there as possible. “I think he always envisioned he’d have to be there… he’d want to be there,” added Diane.

So the decision was made: Walt would have a small apartment built near Main Street, U.S.A. He would work and rest there, and his family could also use it as a base while visiting or exploring Disneyland.

Emile Kuri—a set decorator born in 1907—had won an Academy Award® for his work on Disney’s 20,000 Leagues Under the Sea (1954). His contributions towards Disneyland included Great Moments with Mr. Lincoln and the Plaza Inn, and he was also tasked with decorating and furnishing Walt’s apartment in Town Square. 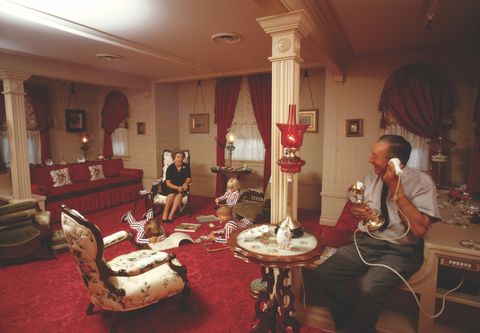 For Kuri, this was a privilege to be part of—he spoke highly of Walt. “Working with Walt Disney was like working in another world,” Kuri shared. “He was the most fascinating and dedicated man I knew.”

Walt had a theme in mind for his apartment: the Victorian era. “Mother and Dad loved the Victorian period—it was the period they grew up in—but our home was not of that style,” Diane Disney Miller later recalled. “This was their little Victorian masterpiece.”

Kuri got to work, decorating the apartment with items he had managed to hunt down, as well as pieces from Walt and Lillian’s own collection. “When Dad would travel, they’d go into little antique shops, and that’s where he acquired some of his miniature collection and bric-a-brac; little china teacups and things,” explained Diane. “Mother collected cranberry glass, and cranberry is the color that dominates this apartment. It was this little microcosm of the Victorian world in cranberry red—it was gorgeous.”

The work Kuri had completed in Disneyland was to enchant guests for years to come, immortalizing his vision—and he knew this. “A picture set is a challenge, but it’s a fleeting thing, whereas the Park is here to stay,” he said. “I get an inner glow every time I walk around the place.”

Spending time in the apartment took some getting used to. The night before Disneyland’s grand opening on July 17, 1955, Walt finally climbed into bed at 2:00 am. “I decided to get some rest, so I got in bed in the little room above the Firehouse,” he told his colleagues on opening day. “Everybody kept waking me up, so I got up and locked the door. When I got up this morning, I couldn’t get the darn door unlocked. I had to yell for help!”

On another occasion, Harper Goff and the famed Disney Dixieland jazz band, the Firehouse Five Plus Two, decided that the best place to perform would be the Town Square Fire Station—naturally! All went well and the music was appreciated by—except for Walt, that is, who was trying to take a nap.

But when the Disneyland opening frenzy had calmed a little, Walt settled in—and bringing his family to the apartment was something he enjoyed. Joanna and Chris, two of Walt’s grandchildren, fondly remember spending their evenings in the cranberry hideaway, listening to sounds drifting across from the nearby Jungle Cruise.

Alan Coats, former Imagineer and son of Disney Legend Claude Coats, recalled wishing to experience the same thing: “When we left [Disneyland], we walked past the firehouse. And Dad said ‘Up there above the firehouse, that’s Walt’s apartment!’” Echoing the thoughts of children around the world, Alan and his brother cried, “Oh, wouldn’t it be the greatest thing in the world to actually live at Disneyland?!” 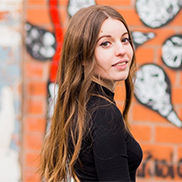