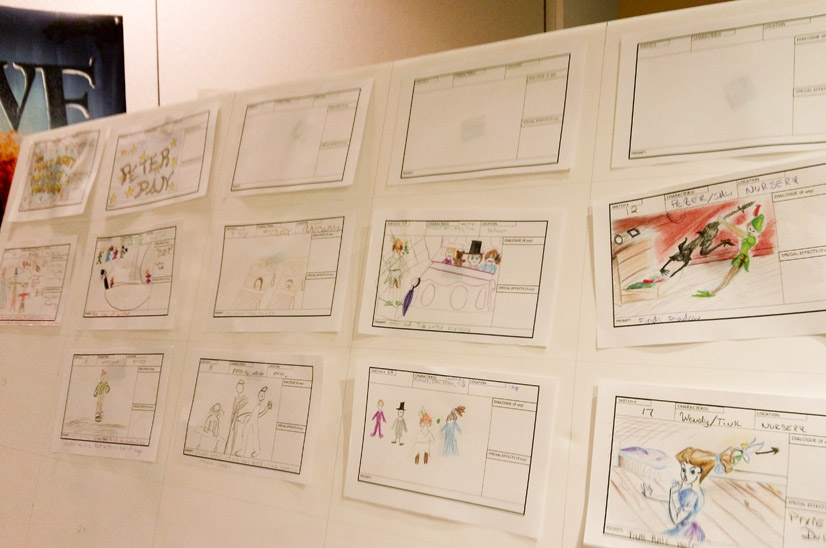 Walt Disney believed that story development was one of the most important parts of producing an animated film. In the 1930s, the Walt Disney Studios developed storyboards as a tool for creating engaging and coherent stories. A storyboard is series of sketches that maps out a story and allows filmmakers to visualize the sequence of the plot. Story sketches are created to depict the key storytelling moments of a film. Storyboards help filmmakers determine the lucidity of a story, and whether there are any significant “plotholes,” or inconsistencies.

During Open Studio this month, we created a collective storyboard outlining some of the key plot moments from the story Peter Pan. Each participant chose a prompt describing a particular moment in the story. He or she then created a simple sketch depicting that moment, and added it to the board in the proper sequence.

A storyboard can be made fairly simply at home using easy-to-find materials. In addition to helping outline a story, storyboards can be used to organize ideas for an essay, a website, a theme park attraction, or a video game. Follow the instructions below to create an original storyboard for whatever type of ideas you wish to organize. 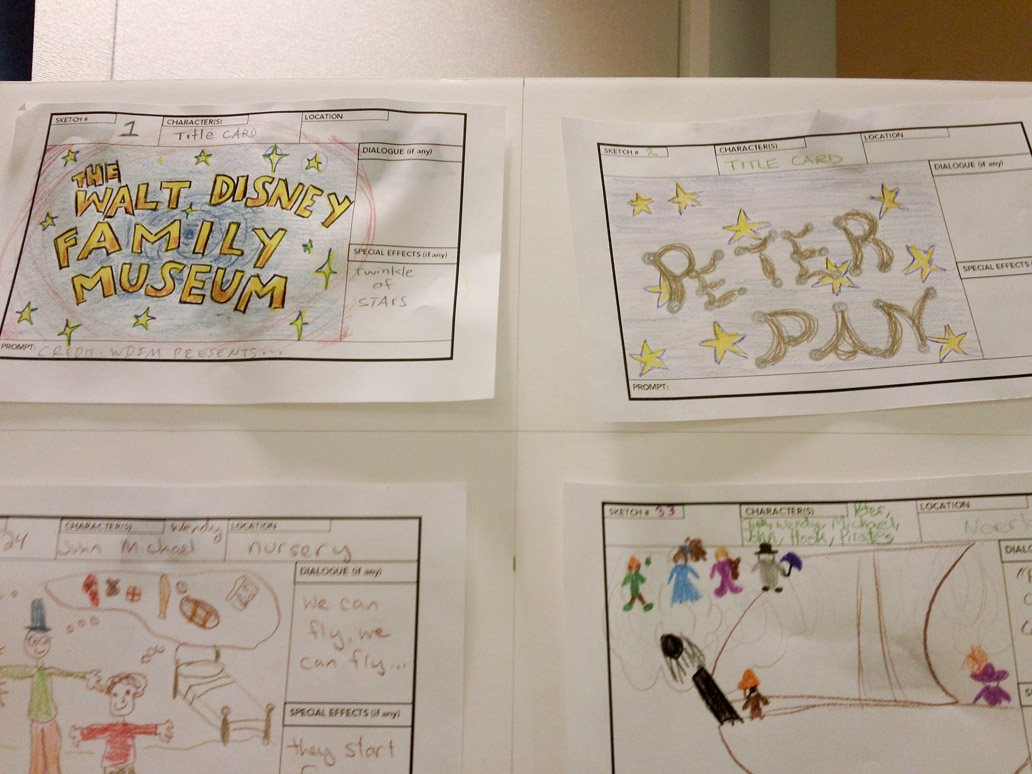