In Memory of Two Disney Legends

They shared a stage at Disneyland five days a week for nearly three decades, and passed away within a day of each other. Betty Taylor, who played Slue Foot Sue in the long-running "Golden Horseshoe Revue," passed away on Saturday, June 4—just a day after the death of Wally Boag, who played her character's sweetheart, Pecos Bill.

On Sunday, July 24 at 3:00PM, The Walt Disney Family Museum will celebrate the onstage lives of these Disney Legends, in a special memorial program, The Legend of Pecos Bill and Slue Foot Sue: A Tribute to Wally Boag and Betty Taylor.

Hosted by author and Disney Historian Jeff Kurtti, the program will include rare film clips and images, plus a special screening of the 1962 film The Golden Horseshoe Revue, starring Annette, Wally Boag, Betty Taylor, Gene Sheldon, Fulton Burley, and Special Guest Star Ed Wynn. This rare motion picture record of these beloved performers was directed by Ron Miller, one of the founders of The Walt Disney Family Museum.

Admission is complimentary and seating is limited, and tickets are available now at theTicket Desk at The Walt Disney Family Museum (No Phone or E-Mail Reservations Accepted). 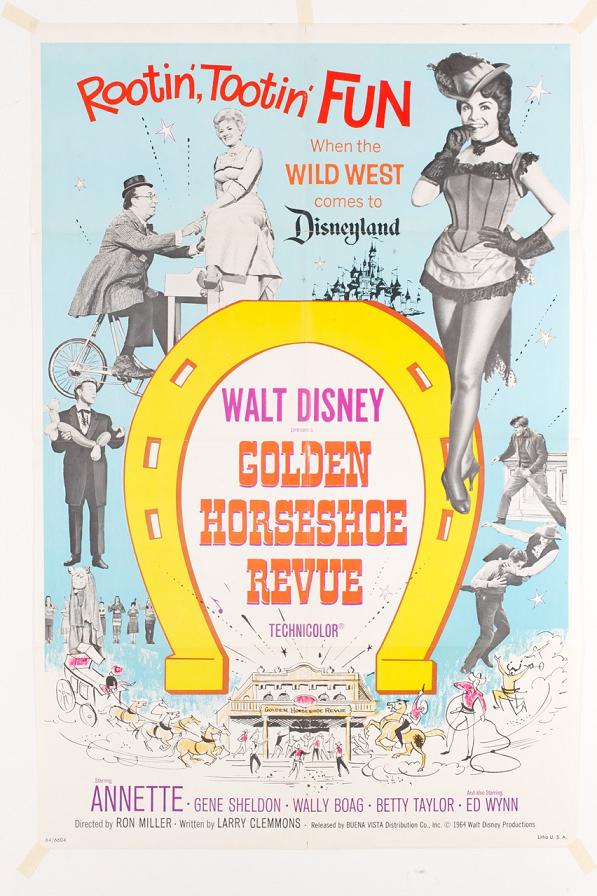