The first World’s Fair was held in London at the Crystal Palace in Hyde Park in 1851. The Great Exhibition of the Works of Industry of All Nations, as it was called, was the brainchild of Queen Victoria’s husband Prince Albert with the purpose of providing society with the hope of a better and brighter future based on mankind’s capacity to create innovative new ideas and technologies. 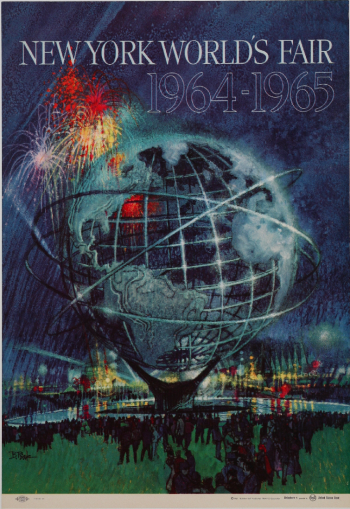 Thirty two nations were represented in the first exhibition, and around six million people attended, including such notable figures as Charles Darwin, Charlotte Bronte, Lewis Carroll, and George Eliot.

Some of the exhibits featured at the first fair included the world’s biggest known diamond at that time, a precursor to today’s fax machine, and one of the world’s first automatic voting machines.

Since the first Great Exhibition, the concept of the World’s Fair has evolved in the more than 160 years it has been held. The Fair was initially established to focus on progress and innovation in industry and manufacturing. In the early twentieth century, the emphasis of the Fair shifted towards themes centered on cultural issues, and finding solutions to social problems. Then in the late twentieth century, the concept shifted again to focus on what is known as nation-branding; countries used their exhibits to help define their national identities among the other nations of the world.

Today’s Fairs represent a fusion of the three concepts, especially focusing on state-of-the-art technology and addressing issues and topics of our global culture. Expo 2012 is currently being held in Yeosu, South Korea with the theme of “The Living Ocean and Coast: Diversity of Resources and Sustainable Activities.”

The 1964 World’s Fair was held at Flushing Meadow in Queens, New York. The Fair ran over the course of two years, with the first season running from April 22 to October 18, 1964 and the second season from April 21 to October 17, 1965. The Fair featured 140 pavilions spread across the 646 acres that had also served as the site of the 1939 New York’s World Fair. Most of the pavilions were sponsored by United States commercial companies, but 21 states and 36 foreign countries were also represented.

The theme of the 1964 World’s Fair was "Peace Through Understanding" and was devoted to “Man on a Shrinking Globe in an Expanding Universe.” During the mid 1960s, society was especially excited about the progress of the burgeoning space age and travelling beyond the known world.

American corporations invested more than one billion dollars on impressive pavilions meant to boost the public image of their companies. Several American organizations were interested in commissioning exhibits from the innovative designers at Disney, due to the successes of Disneyland attractions. Disney provided four exhibits for the Fair, which were sponsored by Ford, General Electric, the State of Illinois, and Pepsi-Cola.

Developing exhibits for the Fair provided unique opportunities for Walt Disney and his Imagineers.  Walt was interested in testing Disney entertainment with East Coast audiences to inform his decision on whether or not to build another park there. Walt also saw the opportunity for research and development for new attractions that could ultimately end up in Disneyland, but would be paid for on the dime of other corporations for the Fair.

The four exhibits developed by Disney were Great Moments with Mr. Lincoln for the State of Illinois, Carousel of Progress for General Electric,Magic Skyway for Ford, and It’s a Small World for Pepsi-Cola to salute and benefit UNICEF. The Disney attractions were some of the most popular exhibits at the fair; 135,000 visitors per day visited Disney’s four exhibits during the first season alone.

Great Moments with Mr. Lincoln featured an impressive life-sized audio-animatronics figure of President Lincoln giving excerpts from his speeches on liberty, civil rights, and freedom. The figure was capable of more than 250,000 combinations of movement, including motion of the arms, legs, and mouth. The animatronic Lincoln performed for audiences five times per hour, and looked so lifelike that some audience members thought he was played by a live actor.

To achieve the effect, signals were fed from an electronic tape to a transistorized “brain” inside the Lincoln figure. Individual motors were then activated to operate the moving parts. Sound was also fed from the tape, in synch with the mouth movements. The technology used for Mr. Lincoln was a forerunner for today’s motion-capture technology used for characters in films such as The Lord of the Rings, Avatar, and Pirates of the Caribbean. 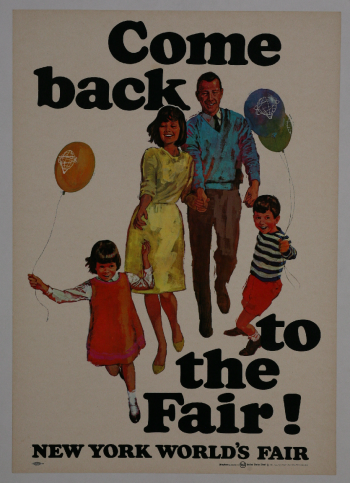 Carousel of Progress was developed for the General Electric Pavilion to promote the importance of electricity in American society, shown over the course of several decades. For the design, Imagineer John Hench was inspired by a Broadway production of Our Town in which the father figure narrates the story through several generations.

The circular theater was intended to utilize the very limited space and to circulate a large number of visitors quickly. The theater housed a total of six stages, four of which were show stages, and two of which were for loading and unloading guests. The theater seating area rotated around the stages to keep the show stages and audio-animatronic characters stationary. The attraction accommodated 3,600 guests per hour. After viewing the show, guests proceeded to the upper level of the Pavilion to view Progress City, a 160 foot scale model for Walt’s original concept for EPCOT.

It’s a Small World turned out to be the most challenging attraction of the four due to being undertaken last and having so little time to produce it. The entire attraction was designed, constructed, and installed within just nine months. (Coincidentally, this is around the same amount of time taken to create the Disneyland model on display here at the Walt Disney Family Museum!)

The nine minute boat ride travelled past familiar miniature scenes such as the Eiffel Tower, a Dutch windmill, and the Taj Mahal. Animated children, animals, and birds sang and danced to the Sherman Brothers theme song “It’s a Small World.” The attraction cost 95 cents for adults and 60 cents for children.

Magic Skyway carried guests on a journey through the progress of humankind throughout the ages. Visitors boarded one of 160 1964 Ford Convertibles and tuned the radio to any of four languages to hear the fascinating tale of man’s growth and development.

On the attraction, guests traveled through plastic tunnels around the outside of the Ford rotunda for an excellent view of the fairgrounds, and then were taken through the inner portion of the Pavilion. Once inside, the attraction transported visitors to the dawn of time, before progressing to the age of the dinosaurs, and into the world of cavemen. The last part of the journey was occupied by Space City, an imaginative concept of the city of the future. The attraction was narrated by Walt Disney himself.

The Disney attractions were some of the most popular at the 1964 World’s Fair, and from their successes, Walt gained confidence to move forward on his Florida project. Though he would never see the completion of the new project, the Fair helped lay the groundwork for the ever-expanding vistas of production undertaken by the Disney studio.