Behind the Scenes of Disneyland: The Backstory of its Creation 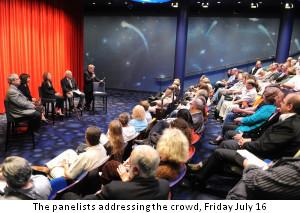 On Friday evening, in front of a sold-out audience in the Museum’s theater, Executive Director Richard Benefield welcomed everyone to the program. He singled out retired Imagineer and Disney Legend Marty Sklar as the guiding force behind the weekend celebration ahead.

“Those who knew Walt, worked with Walt and carried on for Walt, I will leave it to them to tell their stories,” said Benefield, and with that he introduced Disney biographers, Richard and Katherine Greene, Harrison “Buzz” Price, whose work with Stanford Research Institute helped narrow down the locations for Disneyland, and Museum co-founder Diane Disney Miller.

Among the highlights: Buzz, who consulted for Walt for many years, talked about the various factors that went into finding the right locale for the park. “We studied the census to determine the growth of Southern California, we studied the smog because this was a park and we didn’t want to choke everyone,” he explained as the audience laughed. Orange County soon became the preferred locale as it was warm in the winter, and with the growth of freeways in Southern California, the Santa Ana Freeway (Interstate 5) was going to become a major artery for moving people between Los Angeles and Orange County.

Diane admitted that she and her sister didn’t attend Opening Day but told a great story about her parents' 35th wedding anniversary party which took place in the park a few days before the it opened.

Richard and Katherine Greene discussed the origins of the idea behind Disneyland. They described Fairmont Park in Kansas City where Walt had grown up. Walt and his sister, Ruth, would peek in at the happy times people were having in the park and wished they could go in.

“He made his own heaven later on.” Richard Greene explained. “It was the world’s biggest erector set,” Buzz chimed in. 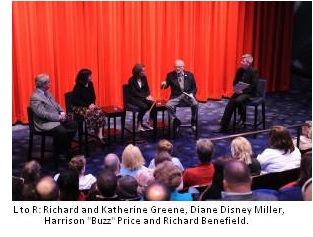 During the audience Q&A, a woman in the audience told of being in Disneyland on Opening Day with her mother, “dressed in a suit, with a hat and high heels and wearing all her female undergarments. She was miserable.” Diane immediately understood and said she could relate because “we used to have to get dressed up just to get on a plane.”

After numerous questions, another audience member suggested to Diane that she should write a book.

“This is my book, this Museum,” she responded. With that, the audience broke into enthusiastic applause. 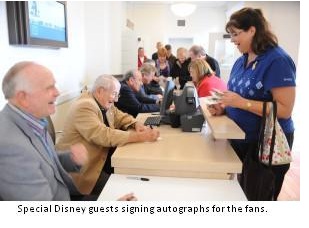 Saturday’s event kicked off with Richard Benefield exclaiming, “Happy Birthday, Disneyland!” He then introduced Marty Sklar who would be hosting the afternoon panel that included Tony Baxter, Senior Vice President of Creative Development for Walt Disney Imagineering, and Matthew Ouimet, former president of Disneyland and the “driving force behind Disneyland’s 50th anniversary.” They were joined by former Disneyland president and Disney Legend, Jack Lindquist.

Each talked about their first experience with Disney. For Baxter, it was the television show that “showed what a genius Walt was.” Jack talked about driving out to Disneyland which was so far from the Burbank Studios that it felt like it was “the end of the world.” For Ouimet, who had grown up on the East Coast and had been to Disney World, he didn't see Disneyland until it was the park’s 25th anniversary.

As they traded stories, Tony talked about visiting Diane and Ron Miller with George Lucas and beginning to plan the original “Star Tours” ride. Jack reminded the audience that you have to have new attractions and new ideas all the time. Matt revealed that the rides he has the most affection for are the ones that have been refreshed and enhanced.

The Happiest Places on Earth: A Look at Disney Parks Around the Globe 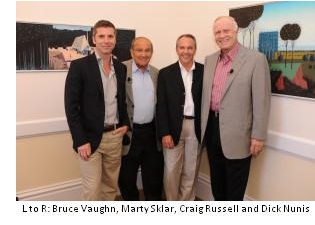 Dick Nunis had accolades for Disney’s John Hench whom he described as “next to Walt, the most creative guy I ever worked with.” Among his many anecdotes was the story of Nikita Khrushchev coming to the park.

Walt was looking forward to giving the head of Communist Russia a tour of Disneyland. But when the police escort arrived, complete with sirens blaring and lights flashing, the Los Angeles County Sheriff would not pass responsibility to the Orange County Sheriff, so the tour was called off.

Dick then told the story of the origins of Disney World and the efforts that Walt and his staff (including Nunis) went through in deciding on a location and then trying to keep the decision under wraps until after negotiations were completed. When the park opened on Oct. 1, 1971, it was not the rousing success that had been hoped for. He recalled that Jack Lindquist predicted that the day after Thanksgiving would be the turn-around day and indeed it was. Success ruled that day and for many more to come.

That led to a discussion about the evolution of Disney’s international parks and how hard and long negotiations can take. While Walt “created this magic thing that works around the world” Bruce Vaughn noted that “We must deeply learn our audience and design for them.” For example, food is a big issue in all international parks and sitting space is important for grandparents in Asia while the younger family members are enjoying the rides. 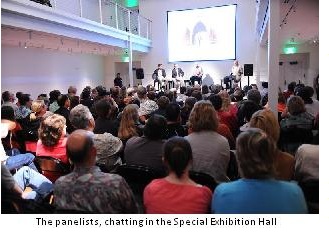 Spirited discussion followed about new rides and the future of the parks and resorts. With the demand for more high tech entertainment, the challenge is designing rides that give the users both an involved and unique experience. They talked a bit about the redesigned “Star Tours” ride set to open in 2012 and the ways it will be different from the current ride. In Florida, Fantasyland will be getting a make-over. In Anaheim, California Adventure will be getting a make-over in different areas of that park as well. “The World of Color” spectacular, currently playing nightly at Disneyland, has exceeded expectations, and in fact expanded to three shows nightly.

Craig and Bruce showed some crowd-pleasing slides of rides and exhibits for the parks that will come to fruition over the next few years.
The afternoon ended with a standing ovation not only for the panelists but for the man who brought the weekend to life, Marty Sklar. 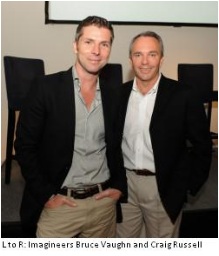 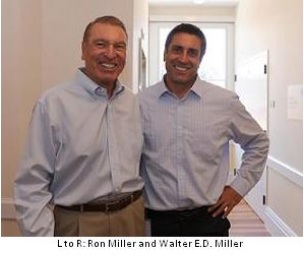