The Absent-Minded Professor and the Goo that Flew! 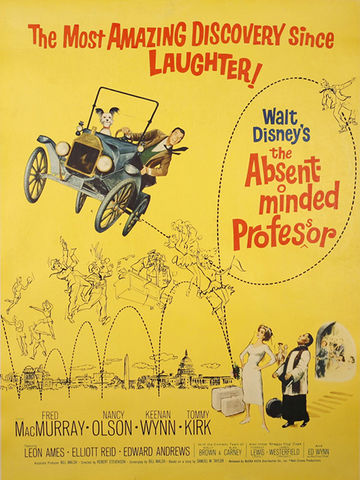 After the success of the 1959 release The Shaggy Dog, Walt Disney aspired to make more comedies for the whole family to enjoy and began a search for stories with unusual, family-friendly plots. He acquired the rights to two of Samuel Taylor’s short stories which featured a professor who creates loads of new inventions. One story was about rubber and another was about a flying car; inspired by these stories the writers at The Walt Disney Studios created The Absent-Minded Professor.

The 1961 film stars Fred MacMurray in his amusing performance as Ned Brainard, a passionate physical chemistry professor. Brainard, (or, as Alonzo Hawk calls him,“Neddy the Nut”) is known for being scatter-brained, and has a reputation for obsessively tinkering with his scientific experiments. As a result of one of his routine explosions he accidentally creates flying rubber, or “Flubber,” a substance which sends Brainard and others soaring.

To believably depict Flubber’s airborne capabilities, the technicians at The Walt Disney Studios utilized a variety of visual effects. These techniques include miniatures, matte paintings, and wire-supported props, including the skeleton of a model T with its engine removed. To lend a kind hand to the effects, Walt and his production team filmed The Absent-Minded Professor in black and white. The Walt Disney Studios would surpass this level of special effects with more complex color effects in the 1964 film, Mary Poppins.

With a fun story, imaginative camera shots, believable effects, and witty humor, The Absent-Minded Professor was a hit with audiences of all ages. The film played at Radio City Music Hall in New York City for seven consecutive weeks, became one of the top five films of 1961, and was nominated for three Academy Awards. The success of the film led to the release of Son of Flubber in 1963, which would be the only feature-length Disney sequel produced by Walt.

To learn more about the career of Walt Disney visit The Walt Disney Family Museum, and be sure to see our collection of 1960s Disney film posters on view in celebration of San Francisco’s 50th anniversary of the summer of love. 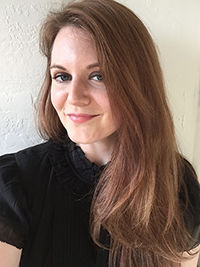