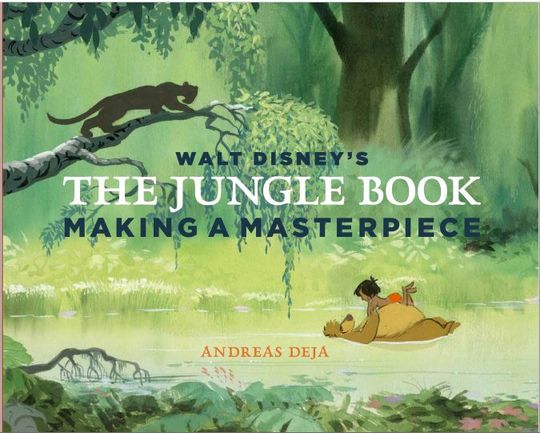 Written by Disney Legend and Exhibition Curator Andreas Deja and lavishly illustrated, Walt Disney’s The Jungle Book: Making a Masterpiece gathers original animation celluloids, animation drawings, and concept art—many of which have never been shown to the public.

Considered one of the finest and most influential Disney movies, The Jungle Book (1967) is the last animated film that Walt Disney personally produced with his signature vision and footprint. This curated collection explores the nuanced complexities and challenges that were overcome throughout the film’s development and production, such as the unique characters and their voice-actor counterparts, the application of cutting-edge animation techniques of the time, and the timeless, original songs by the Sherman brothers and Terry Gilkyson. Learn how lead animators Ollie Johnston and Frank Thomas’s real-life friendship became the inspiration for the on-screen chemistry between the characters Mowgli and Baloo. Discover the impact of Walt’s passing on The Walt Disney Studios and the everlasting legacy of the film throughout the world.

Walt Disney’s The Jungle Book: Making a Masterpiece catalog is a must-have collectible gift for every Disney enthusiast and film historian in your life. Available exclusively at The Walt Disney Family Museum through October 2022.