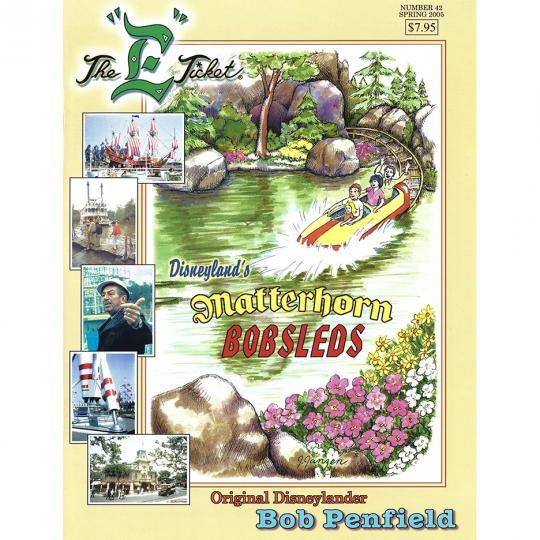 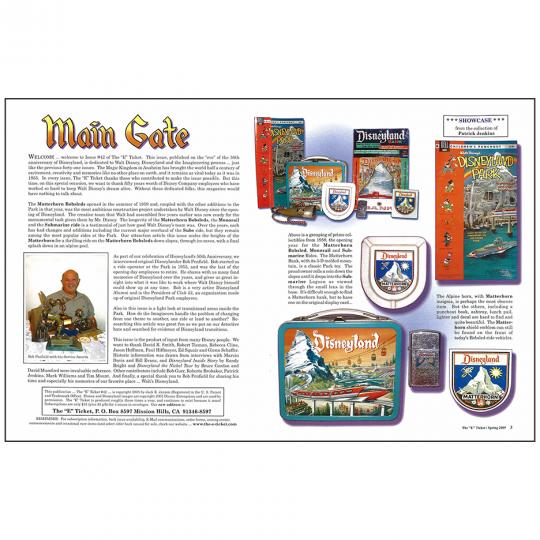 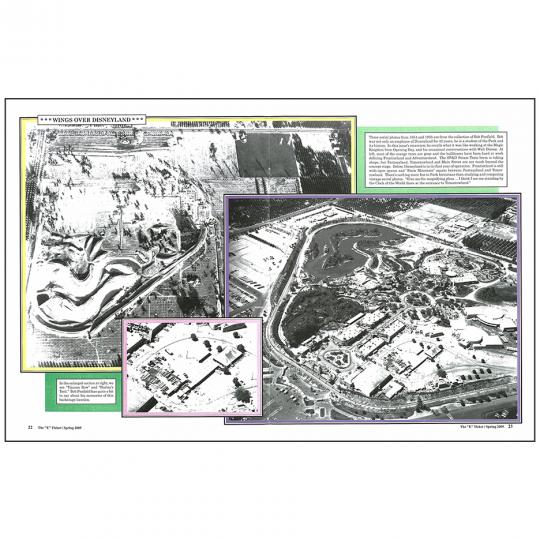 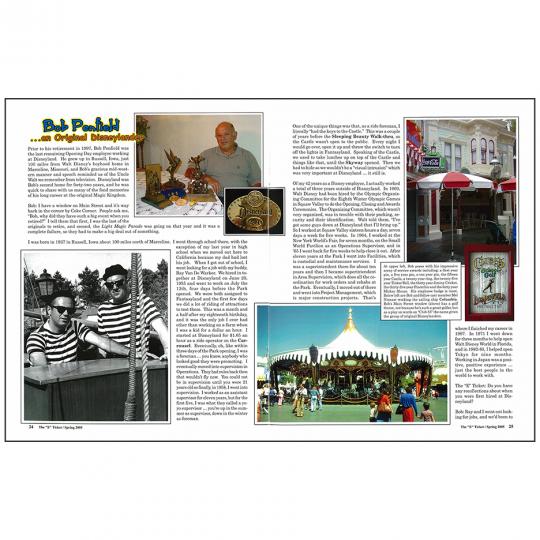 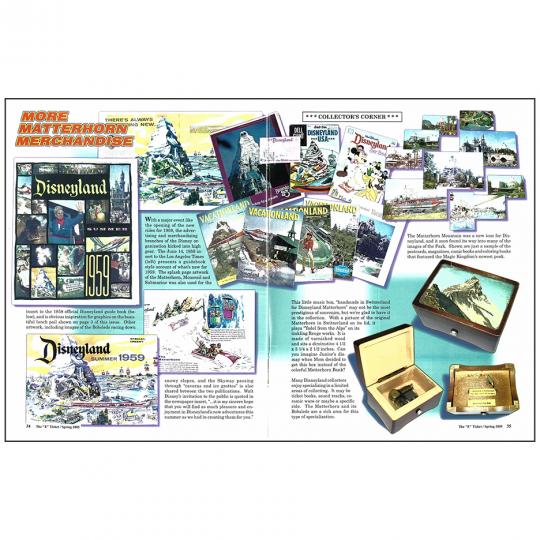 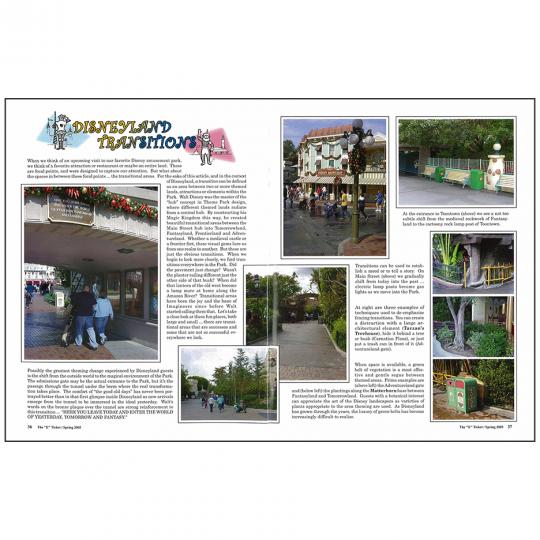 In this issue: A celebration of Disneyland’s 50th anniversary, an interview with ride operator Bob Penfield, changing of attractions and land themes, and a feature on the Matterhorn bobsleds, submarine ride, and Monorail.