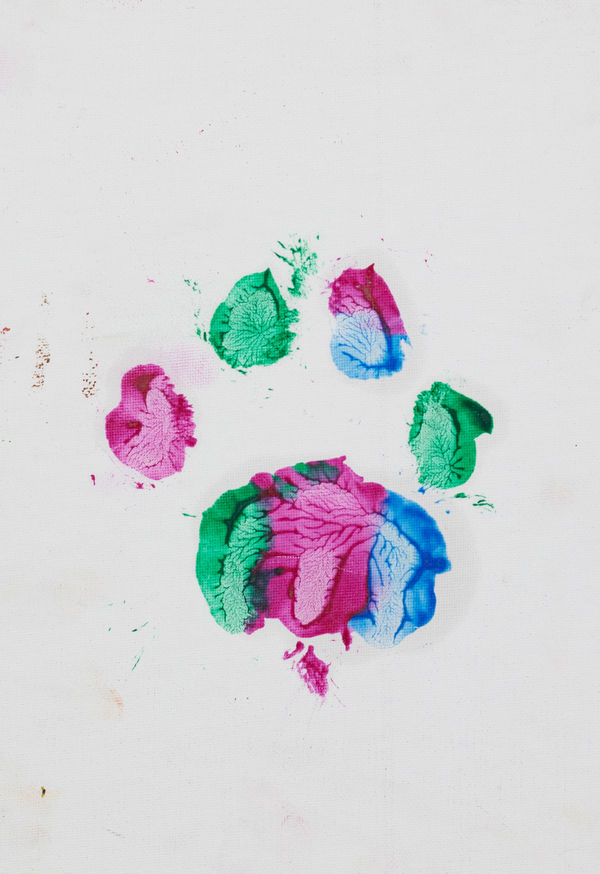 San Francisco, March 8, 2022—The Walt Disney Family Museum is pleased to debut its first Cause Awareness exhibition, Creative Conservation: The Art of Endangered Animals. Presented in conjunction with Walt Disney’s The Jungle Book: Making a Masterpiece, this original exhibition features painted creations by rescued and rehabilitated animals and wildlife-inspired artwork contributed by human collaborators. Creative Conservation will be on view in the museum’s Lower Lobby and Theater Gallery beginning Earth Day, Friday, April 22.

The exhibition is co-curated by Tracie Timmer, Public Programs Manager, and Marina Villar Delgado, Director of Exhibitions and Collections for The Walt Disney Family Museum. “With the upcoming opening of Walt Disney’s The Jungle Book: Making a Masterpiece, we wanted to bring awareness to the plight that so many of the beloved animals featured in this film are facing today,” says Timmer. “We hope that Creative Conservation not only brings much-needed funding to these five wildlife sanctuaries, but also a broader understanding of the many ways endangered animals are being threatened in their own habitats, along with what we could all do to help.”

The Earth’s population of wild animals is decreasing at an alarming rate due to the effects of climate change, illegal wildlife crime, and habitat destruction. Fortunately, wildlife sanctuaries worldwide are tirelessly working to combat and reverse these trends, saving numerous species that are suffering from ecological devastation. Artmaking is frequently used by some of these organizations as a form of enrichment for their rescued animals. However, it’s important to note that while some wildlife rescue facilities have been known to force their animals to paint for profit, this is not the practice of sanctuaries involved in Creative Conservation—they provide artistic activities to their rehabilitated animals as an option only for their enrichment and enjoyment.

Abstract paintings and pawprint art showcased in this exhibition have been made by the wildlife currently residing in four of the five partner sanctuaries—including leopards, tigers, chimps, and bears—using non-toxic paints to create art with their paws, claws, snouts, and fur. Wildlife ACT, who support conservation efforts for species of critically endangered African vultures, have submitted artwork created by human advocates. More information about the artists and subjects, and the animals’ inspiring rehabilitation stories, will also be highlighted throughout the exhibition.

For the first time at The Walt Disney Family Museum, paintings on display in Creative Conservation, including a selection of wildlife-inspired artwork by acclaimed animator and Disney Legend Andreas Deja, will be available for purchase through the museum’s website. Proceeds will go towards supporting the respective partner sanctuaries and the important conservation work each of them do.

Creative Conservation: The Art of Endangered Animals—running concurrently with the museum’s next major special exhibition, Walt Disney’s The Jungle Book: Making a Masterpiece—will be on view to the public from Friday, April 22 through Fall 2022. Admission to Creative Conservation will be free to the public, with ticket reservation details available on the exhibition webpage beginning in early April 2022. More information available at waltdisney.org/creative-conservation.