In February, we celebrate Black History Month by honoring the achievements and culture of members of the African diaspora. Join author Clothilde Ewing for a special reading of Stella Keeps the Sun Up, the whimsical tale of a little girl who is determined to do away with bedtime forever!

Tickets to Stella Keeps the Sun Up with Author Clothilde Ewing are available as follows: 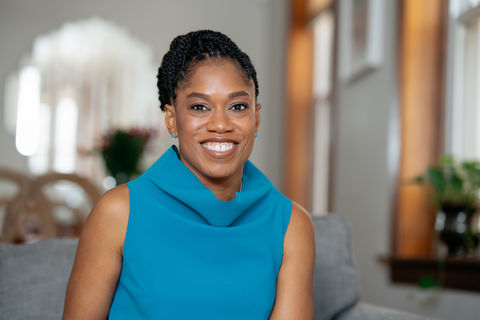 Clothilde Ewing has spent her career communicating through journalism as an assignment editor and producer at CBS News, in entertainment as a producer at The Oprah Winfrey Show, through politics as a member of the press team for President Obama’s 2012 reelection campaign, and with nonprofits, where she currently serves as Vice President of Strategic Communications at The Chicago Community Trust. She was inspired to write after reading a New York Times opinion piece by her now-editor Denene Millner titled: “Black Kids Don’t Want to Read About Harriet Tubman All the Time.” Her goal is for people to see more children of color in books that are not defined primarily by race or struggle, but by belonging and joy. A graduate of Syracuse University’s SI Newhouse School of Communications, she currently lives in Chicago with her husband and two young children. Follow Clothilde on Instagram.