In this very special Storytime event, Santa J. Claus makes a summer vacation stop to celebrate Christmas in July. Join us as Santa reads one of his favorite stories, The Feast of Cheer, and discusses how Walt's great imagination and wonderful characters inspired him to provide Disney toys and magic to children around the world.

Registration for this program will open to the public starting Wednesday, July 14 at noon. 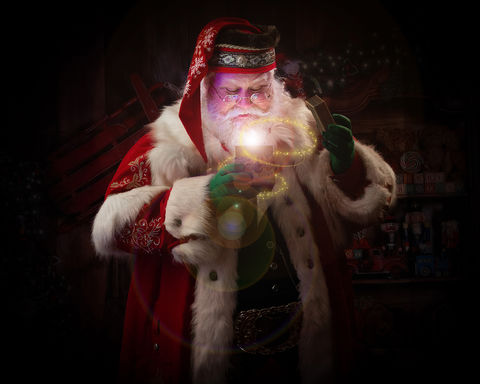 Santa J. Claus takes his role very seriously and dedicates much of his time as the official Santa for the Children's Miracle Network in San Francisco/Oakland and the Lucile Packard Children's Hospital in Stanford, CA. For the past 11 years, he has produced an annual concert Believe With Santa, featuring music and costumed character performances for Make-A-Wish children in the Bay Area.

This year Santa J Claus became “the” verified Santa on the popular social platform TikTok. With over 2.4 million followers, his uplifting and positive video messages and duets have struck a chord with people of all ages, including celebrities and social influencers alike.

Santa J Claus is featured in Meghan Trainor’s music video with JoJo Siwa called “I Believe in Santa” and has recently launched the #GotMilkCookieChallenge with Got Milk.