SOLD OUT
Happily Ever After Hours | Producer Don Hahn

Join legendary, award-winning, and Oscar®-nominated producer Don Hahn for the fifth installment of the museum’s new virtual series, Happily Ever After Hours. From the comfort of your home, join Hahn for behind-the-scenes stories from about his past projects including Beauty and the Beast (1991), The Lion King (1994), The Hunchback of Notre Dame (1996), Waking Sleeping Beauty (2009), Frankenweenie (2012), Disneynature’s Chimpanzee (2012), Maleficent (2014), and the museum’s exclusive holiday documentary, Christmas with Walt Disney (2009).

Registration for this program will open to the public starting Thursday, April 23 at 10am. 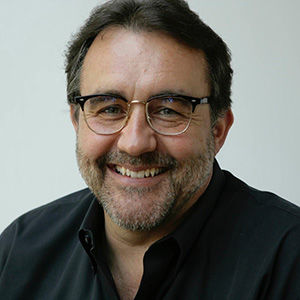 Don Hahn produced the worldwide phenomenon The Lion King (1994) and the classic Beauty and the Beast (1991), the first animated film nominated for a Best Picture Oscar®. Hahn is Executive Producer of the acclaimed Disneynature films Earth (2007), Oceans (2009), African Cats (2011), and Chimpanzee (2012); Disney’s Maleficent (2014), starring Angelina Jolie; and the 2017 live-action epic Beauty and the Beast.

Hahn began his career in film as assistant director to Disney Legend animator, producer, and director Wolfgang Reitherman. He was Associate Producer for the landmark hit Who Framed Roger Rabbit (1988). Hahn’s other credits include The Hunchback of Notre Dame (1996), Fantasia/2000 (1999), The Emperor’s New Groove (2000), and Atlantis: The Lost Empire (2001). Hahn also produced the special Christmas film shown every holiday season at The Walt Disney Family Museum.

Hahn’s books on animation, art, and creativity include the bestseller Brain Storm, the acclaimed educational series Drawn To Life: The Complete Works of Walt Stanchfield, and, most recently, Yesterday’s Tomorrow: Disney’s Magical Mid-Century. In May 2017, he received an Honorary Doctorate of Arts from Chapman University. Hahn also serves on the Board of Directors of PBS SoCal and on the Advisory Board for The Walt Disney Family Museum, where he produced the museum’s first fundraising gala in 2015.