SOLD OUT | Happily Ever After Hours | Muppet Designer Bonnie Erickson

Join Muppet Designer Bonnie Erickson for behind-the-scenes stories from her work on The Muppets, including the characters Miss Piggy, Statler, Waldorf, Animal, Fozzie Bear, and The Swedish Chef. 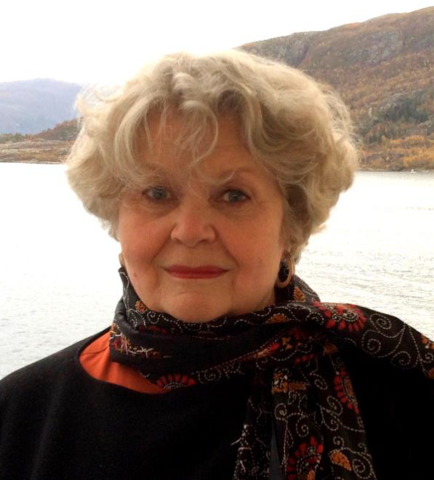 Bonnie Erickson studied Art and Theatre at the University of Minnesota before moving to New York City where she attended the Art Students’ League. While still a student, she produced one-of-a-kind fashion accessories and created masks and specialty costumes for the stage. During the years she worked on Broadway and off-Broadway, she continued to develop her own soft sculpture work.

Her distinctive style attracted the attention of the late Jim Henson. As design director for The Muppets, she created some of the most beloved characters on television and in film. Among the best known are the feisty Miss Piggy; the heckling old men in the balcony, Statler & Waldorf; and Zoot, the saxophonist for The Muppet Show’s band, The Electric Mayhem. Following a year of television production in London, Erickson returned to New York to establish a design business with her partner, Wayde Harrison. Jim Henson became one of their first clients when he hired her for the production of the Fraggle Rock series.

Erickson’s company, Harrison/Erickson Inc., has developed an international clientele for her unique and humorous characters for commercials, print advertising campaigns, and merchandising. As a creative director and product developer for Sesame Street, she oversaw a range of products from clothing to the award-winning Tickle-Me Elmo doll. She also licensed her own line of signature toys, Central Casting and Party Animals.

On stage, her work has been featured in The Warrior Ant, a multimedia production for The Next Wave Festival at the Brooklyn Academy of Music in New York, and in the nationwide Bette Midler Millennium Tour. Examples of her puppet work, toys and mascots can be found in the Center for Puppetry Arts, The Strong National Museum of Play (where she serves on the board), and the Smithsonian’s National Museum of American History.

Erickson is a trustee and has served as President and Executive Director for The Jim Henson Legacy, a foundation dedicated to preserving and perpetuating Jim Henson’s contributions to the worlds of puppetry, television, motion pictures, special effects, and media technology.