Join Disney Legend actress Jodi Benson, the voice behind Ariel in the Academy Award®-winning The Little Mermaid (1989), for behind-the-scenes stories from her illustrious film, television, and stage career.

Registration for this program will open to the public starting Friday, June 12 at noon. 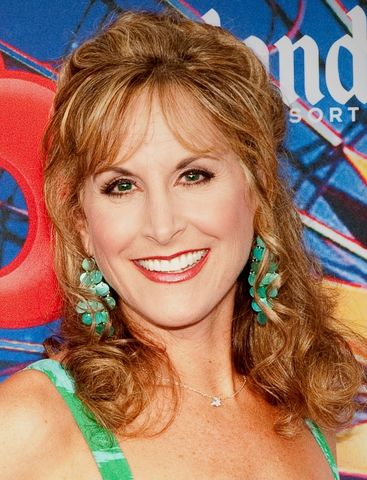 Jodi Benson was blessed and honored to be inducted as a Disney Legend after serving The Walt Disney Company for the past 33 amazing years. Benson has received worldwide recognition and critical acclaim as the beloved singing and speaking voice of Ariel in the Academy Award®-winning Walt Disney animated feature, The Little Mermaid (1989), as well as the bubbly voice of Tour Guide Barbie in Disney•Pixar's Toy Story 2 (1999) and Toy Story 3 (2010). She also gave life to the spirited Weebo in Disney’s live-action Flubber (1997) opposite Robin Williams. Benson returned as Ariel in Walt Disney Pictures’ The Little Mermaid II: Return to The Sea (2000), and The Little Mermaid III: Ariel’s Beginning (2008); Disney Television Animation’s The Little Mermaid; and with all of the Disney Princesses for the first time in Wreck-it Ralph 2: Ralph Breaks the Internet (2018).

Benson received a Tony Award® and a Helen Hayes Award® nomination for Best Actress in a Musical for creating the starring role of Polly Baker in the Tony Award-winning musical Crazy for You. Other Broadway credits include creating the role of Doria Hudson in the Howard Ashman and Marvin Hamlisch musical Smile, Welcome to The Club, and Marilyn: An American Fable. Internationally, Benson has had the honor of sharing the stage with her husband Ray Benson in the European Premiere of Gershwin’s My One and Only. On the concert stage, Benson starred in the World Premiere of The Little Mermaid Live in Concert to Film, tributes to Rogers and Hammerstein and Gershwin Brothers, and Walt Disney: 75 Years of Music at The Hollywood Bowl. Benson fulfilled her childhood dream by singing at Carnegie Hall with the illustrious New York Pops under the direction of Steven Reineke. Benson is honored to be the resident guest soloist for The Walt Disney Company/Disney Cruise Line, an ambassador for Walt Disney Animation Studios, an annual narrator of the Candelight Processional at Walt Disney World, and a member of the Disney family for all these wonderful years.