A Retrospective of Walt’s Life

Join us for a nostalgia-filled talk that highlights several of Walt’s many achievements, from the Alice Comedies, Oswald the Lucky Rabbit, and Steamboat Willie to Mary Poppins, Disneyland, and E.P.C.O.T. To launch our 10th Anniversary Celebration, film buff and former Walt Disney Productions executive Jim Jimirro will lead you through the story of Walt’s life. In this vibrant and motivational presentation, Jimirro will focus on the stories that Diane Disney Miller deemed essential to her father’s story, allowing attendees to walk away with a newfound respect for Walt’s life work. 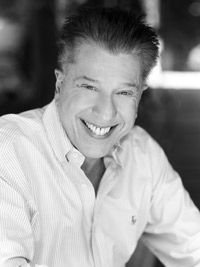 James P. Jimirro, creator and founding President of The Disney Channel and Walt Disney Home Video, is currently Chairman of the Board of Directors for National Lampoon, Inc., the force behind the venerated comedy franchise, which is active in all areas of entertainment, including motion pictures, television, video, and publishing. As founding President of The Disney Channel, Jimirro was responsible for the conception, development, and launching of the fastest-growing pay service in history. Under Jimirro’s guidance, The Disney Channel introduced many innovations, such as interactive programming and The Disney Channel Magazine. From 1979 to 1985, Jimirro was President of Walt Disney Home Video. As a pioneer in the industry, he introduced a number of innovations, among them the world’s first home video direct marketing campaign. Jimirro received his Bachelor of Arts degree in Radio-Television from Penn State University, and a Masters in Mass Communications from Syracuse University.