All good things must come to an end, so join us as we bid a fond farewell to our highly-acclaimed special exhibition, Mickey Mouse: From Walt to the World. Join Guest Curator Andreas Deja as he and fellow Mickey Mouse animator Mark Henn discuss how the exhibition came together, Deja’s around-the-world hunt for Mickey artifacts, and being part of Mickey Mouse’s animation legacy. 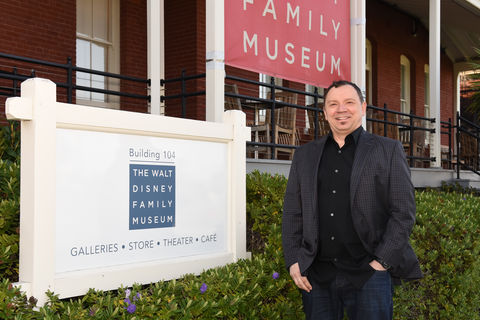 Andreas Deja first applied for a job as a Disney animator at the age of 10. Born in Poland and raised in Germany, he recalls writing The Walt Disney Studios immediately after seeing The Jungle Book (1967). The Studios wrote back to Deja explaining that there were no openings, but they were always on the lookout for new talent. At the age of 20, Deja applied again and was accepted. Deja began his Disney career working with Eric Larson, one of Walt’s legendary Nine Old Men, and went on to work on animated films such as The Black Cauldron (1985), The Great Mouse Detective (1986), Oliver & Company (1988), and Who Framed Roger Rabbit (1988). Deja oversaw the animation of King Triton in The Little Mermaid (1989), Gaston in Beauty and the Beast (1991), Jafar in Aladdin (1992), Scar in The Lion King (1994), Mickey Mouse in Runaway Brain (1995), the title character in Hercules (1997), and Lilo in Lilo & Stitch (2002). In 2007, Deja was honored with the Winsor McCay Award from ASIFA Hollywood International Animated Film Society, and in 2015 was named a Disney Legend. The Walt Disney Family Museum celebrated Deja’s prolific career with the exhibition Deja View: The Art of Andreas Deja in 2017, and he served as Guest Curator for the museum’s 2018 special exhibition, Mickey Mouse: From Walt to the World. 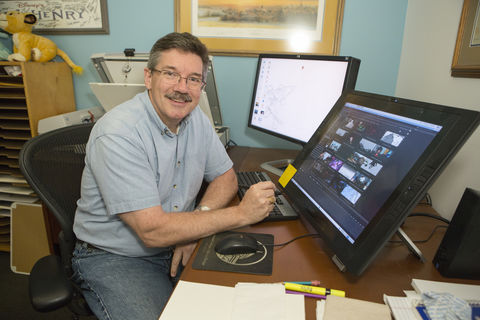 A legendary animator, artist, and director, Mark Henn joined Walt Disney Animation Studios in 1980 as an inbetweener on The Fox and the Hound (1981). He was promoted to Animator less than a year later, tackling the featurette Mickey’s Christmas Carol (1983), for which he was part of the team responsible for animating Mickey Mouse.

As Supervising Animator, Henn animated multiple main characters on The Great Mouse Detective (1986); Oliver, Dodger, Jenny, and Fagin in Oliver & Company (1988); Ariel in The Little Mermaid (1989); Bernard and Bianca in The Rescuers Down Under (1990); Mickey, the Prince, and Goofy in the animated featurette The Prince and the Pauper (1990); Belle in Beauty and the Beast (1991), Jasmine in Aladdin (1993); Young Simba in The Lion King (1994); the titular heroine in Mulan (1998), as well as her father Fa Zhou; the hula dancers in the opening sequence of Lilo & Stitch (2002); Grace in Home on the Range (2004); Tiana in The Princess and the Frog (2009); and Winnie the Pooh and Christopher Robin in Winnie the Pooh (2011). In 2000, Henn traded his pencil for a director’s chair and directed the award-winning short film John Henry, which is based on the popular American legend.

Other recent achievements include serving as Lead 2D Animator on the Oscar®-winning features Frozen (2013), Big Hero 6 (2014), and Ralph Breaks the Internet (2018), and as Mickey Mouse’s official portraitist in honor of Mickey’s 90th birthday.

Tickets for “Now It’s Time to Say Goodbye” with Andreas Deja and Mark Henn will be available as follows: