The Making of Over the Moon with Director Glen Keane

Join Academy Award®-winning director, Disney Legend, and animator Glen Keane for a presentation behind-the-scenes of his feature directorial debut, Netflix Animation’s Over the Moon (2020). As a special treat, watch as Keane draws one of his favorite characters from the film live. 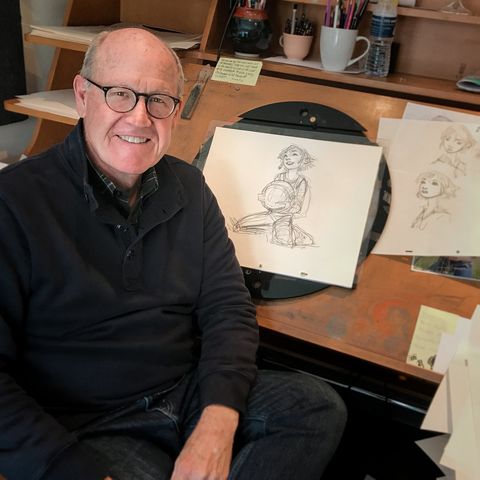 A 38-year veteran of Walt Disney Feature Animation, Glen Keane trained under Walt Disney’s Nine Old Men. Keane went on to create many beloved Disney characters such as Ariel (The Little Mermaid, 1989), Beast (Beauty and the Beast, 1991), Aladdin (Aladdin, 1992), Tarzan® (Tarzan, 1999), and Rapunzel (Tangled, 2010). In 2012, Keane retired from Disney to begin Glen Keane Productions as a way to further his artistic explorations in animation, design, and film. He has since gone on to collaborate with Google, the Paris Ballet, and Kobe Bryant. He recently won an Academy Award® for his animated film Dear Basketball (2017), which he animated and directed in collaboration with legends Kobe Bryant and John Williams. His feature directorial debut Over the Moon (2020) was recently released on Netflix.