Presented in honor of Pride Month 2022, join artist and voice actress Bret Parker as she discusses her 26-year career in animation. Parker recently found time away from her day job in the Animation Department at Pixar to make her own independent, animated, short film, Pete, based on a true story about gender identity, Little League baseball, the people who inspire change by trying to be themselves, and the superheroes who allow that change to happen.

Tickets for Happily Ever After Hours with Pixar Animator and Voice Actress Bret Parker will be available as follows: 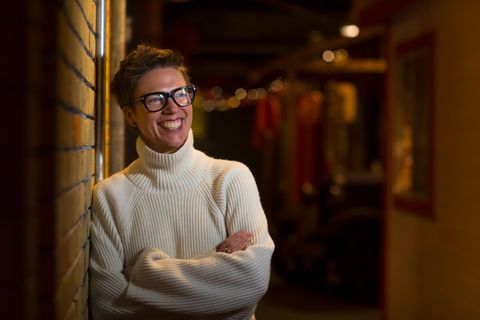 Bret Parker is a veteran in the film industry with 26 years under her belt at Pixar Animation Studios. Parker started her career at Pixar in 1996 and went on to animate on many films, including Pixar’s Oscar-winning Finding Nemo (2003) and The Incredibles (2004). In 2012, with the development of Brave, Parker shifted her focus at work, becoming Animation Tools Lead and an integral part of the design and development of the current animation software used at Pixar, known as Presto.

In 2018, Parker shifted focus again and took on the role of animation second unit supervisor for The Incredibles 2. In 2019, along with her wife, Parker directed and produced her first independent feature length documentary, Through The Windows. She just completed her second independent film Pete, an animated short based on a true story about gender identity, Little League baseball, the people who inspire change by trying to be themselves, and the superheroes who allow that change to happen. Pete will premiere at the Tribeca Film festival in June 2022.

Raised in Kensington, MD, Parker attended Oberlin College and received her Master’s Degree from the European Dance Development Center in The Netherlands.