Join Disney animator, director, and producer Bruce W. Smith for behind-the-scenes stories from his work at Walt Disney Animation Studios on Who Framed Roger Rabbit (1988), Tarzan® (1999), The Emperor’s New Groove (2000), The Princess and the Frog (2009), and Winnie the Pooh (2011), as well as his work at Walt Disney Television Animation on the beloved series The Proud Family (2001–05). 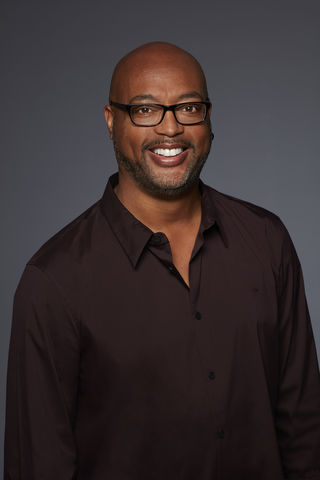 Bruce W. Smith is a feature film director, animator, and television producer. He is best known as the Creator and Executive Producer of the Disney Channel hit show The Proud Family (2001–05), and Supervising Animator of the evil villain Dr. Facilier in the Disney animated film The Princess and the Frog (2009).

Smith studied animation at California Institute of the Arts and later joined The Walt Disney Studios as an animator on Who Framed Roger Rabbit (1988). Smith went on to direct the Paramount Pictures film Bébé’s Kids (1992) and co-directed on the Warner Bros. live action/animated movie Space Jam (1996) before returning to Disney to supervise animation on Tarzan® (1999) and The Emperor’s New Groove (2000).

During his stint at Disney, Smith co-founded Jambalaya Studios for the production of the Disney Channel animated series The Proud Family, and produced over fifty episodes of the hit series along with directing The Proud Family Movie. Smith will return to executive produce the latest continuation of The Proud Family on Disney+. Smith returned to The Walt Disney Studios to supervise animation on The Princess and the Frog (2009), Winnie the Pooh (2011), and was the lead animator on the animated short Tangled Ever After (2011). Smith’s knack for unique character design led him into the visual development of other projects at the studio such as Wreck-it Ralph (2012) and Frozen (2013). Most recently, Smith co-directed the 2019 Academy Award®-winning animated short Hair Love.

Smith is currently signed to an overall deal at Walt Disney Television Animation.