Happily Ever After Hours with Actor Jonathan Freeman

Join actor Jonathan Freeman as he shares behind-the-scenes stories from voicing the villain Jafar in the Aladdin franchise and appearances on Broadway in Disney's Mary Poppins, The Little Mermaid, and Beauty and the Beast.

Registration for this program will open to the public starting Wednesday, December 30 at noon. 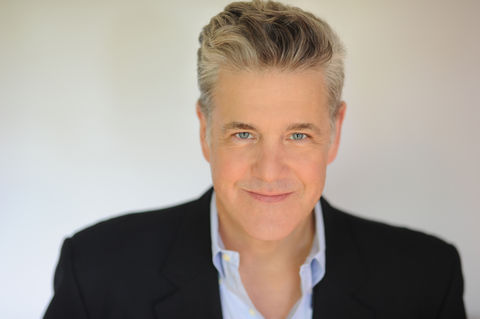 Jonathan Freeman is the voice of the evil vizier, Jafar in Disney's 1992 animated feature Aladdin, and has been seen for the last six seasons recreating his celebrated role on Broadway at the New Amsterdam Theatre. His other Disney on Broadway appearances include Admiral Boom in Mary Poppins, Grimsby in The Little Mermaid, and Cogsworth in Beauty and the Beast. For Disney Channel, he can be heard as the voice of Dr. Somnabulist in Teamo Supremo (2002–04), Vox in Lilo And Stitch (2003–06), and Eli Pandarus in American Dragon: Jake Long (2005–07).

Freeman received a 1993 Tony Award® nomination for his hilarious turn as the Headwaiter in She Loves Me. His other numerous Broadway roles include Roger DeBris in The Producers, Bert Barry in 42nd Street, Pitkin W. Bridgework in On The Town, Mr. Bratt in the 1996 production of How To Succeed In Business Without Really Trying, as well as roles in Platinum and Sherlock Holmes with London's Royal Shakespeare Company. He has been seen in New York City at The Irish Repertory Theatre in Finian's Rainbow, The Manhattan Theatre Club in A Class Act, City Center Encores in Li’l Abner, and Of Thee I Sing, and at Carnegie Hall in concert versions of The Mikado and Sail Away. Freeman has worked extensively around the country in such prestigious theatres as The La Jolla Playhouse, The Houston Grand Opera, The Williamstown Theatre Festival, and The Seattle Repertory Theatre.

Television appearances include roles in Remember Wenn (1996–98) on AMC, the long running series' Shining Time Station (1989–93) for PBS, Law & Order (1990–2010), Gossip Girl (2007–12), and Too Big to Fail (2011). His feature films include The Ice Storm (1997) directed by Ang Lee and The Hoax (2006) directed by Lassee Hallstrom. He is proud to be a part of the 2017 Oscar® nominated documentary Life Animated directed by Roger Ross Williams which had its world premiere at the 2016 Sundance Film Festival. Freeman is currently enjoying a "virtual residency" conducting Masters classes in Musical Theatre Performance, for one of the several universities with which he is associated.

This program was originally presented on January 13, 2021. Due to copyright permissions, some media in this presentation has been removed from this recording.

This video will be accessible to all for 48 hours. Members will then have access to this video and recordings of other select virtual programs through a special members-only portal.

Become a member today! Members enjoy advance notice and priority access to virtual programs, discounts on program tickets and our online store, and much more.