Registration for this program will open to the public starting Friday, July 3 at 10am. 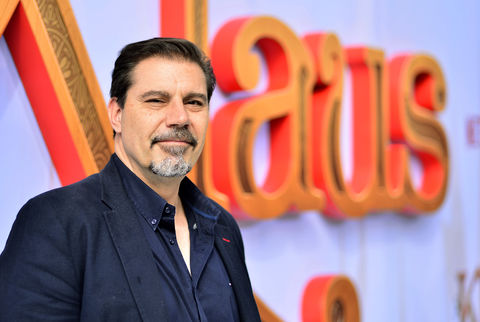 Sergio Pablos was born in Barcelona, Spain, and had his start in animation at the prestigious California Institute of the Arts (1989–92). From there, he worked as an animator on several projects before being accepted at Walt Disney Feature Animation France, where he worked on The Hunchback of Notre Dame (1996) and Hercules (1997). Pablos was then promoted to Supervising Animator at Walt Disney Feature Animation in Burbank, handling the character of Tantor the elephant on Tarzan® (1999) and Dr. Doppler on Treasure Planet (2002), the latter of which garnered him a nomination for Best Character Animation at the Annie Awards®.

In 2002, Pablos relocated to Madrid, Spain, where he founded the Sergio Pablos Animation Studios. The company specializes in high-end animation and visual development service work. One of their highlights was character design on Blue Sky Studios’ Rio (2011), for which Pablos also received an Annie nomination. While at the helm, Pablos developed several concepts for animated feature films, most notably the original ideas upon which Despicable Me (2010) and Smallfoot (2018) were based.

Most recently, SPA Studios produced Netflix’s first original animated feature film, Klaus (2019)—written, directed, and produced by Pablos. The film presents a revolutionary technique that pushes the limitations of traditional animation to new heights, while crafting a heartwarming story that has been described as a new “Christmas classic” by audiences and critics. The film received seven Annie Awards including Best Feature, a BAFTA® for Best Animated Film, two Quirino Awards, an Academy Award® nomination for Best Animated Feature Film, and several nominations at the VES Awards, the Goya Award, and the Platino Awards.