Join animator and animation historian Tom Sito as he presents his newest book—Eat, Drink, Animate: An Animator’s Cookbook, published by Focal Press. Sito will take you through the history behind recipes from the cookbooks of Disney Legends, including Mary Blair, Frank Thomas, and Ward Kimball, and more contemporary Disney innovators, including Pixar's Chief Creative Officer Pete Docter and composer Michael Giacchino. 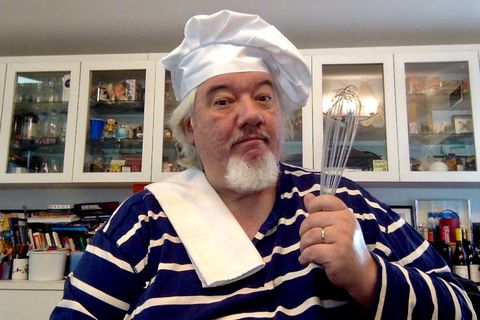 Sito was awarded the June Foray Award by ASIFA/Hollywood in 2011 for a lifetime of service to the animation community. He is President Emeritus of The Animation Guild Local 839 (Hollywood), currently serves as the Vice President of the International Animators Society (ASIFA/Hollywood), and is a member of the Board of Governors of the Academy of Motion Picture Arts and Sciences®. Today he teaches animation at the University of Southern California.

Sito has lectured around the world on animation, and is the author of several books, including: Drawing the Line: The Untold Story of the Animation Unions from Bosko to Bart Simpson (2006), Timing for Animation (2009), Moving Innovation: A History of Computer Animation (2013), On Animation: The Director’s Perspective (2018), and Eat, Drink, Animate: An Animator's Cookbook (2019).

Tickets for Eat, Drink, Animate: An Animator's Cookbook with Tom Sito will be available as follows: