Back to Calendar
READ MORE

On arrival, please check-in at the TAFI Welcome Table in the Lower Lobby to claim your museum gallery tickets and festival information.

Please note: all times are approximate. Screenings are drop-in and seats are on a first-come, first-served basis. Portfolio Reviews, Panel, Keynote Speaker, and Festival Awards Ceremony require registration to attend and are open to festival participants only.

10:30am | Individual and School Reels

Edgar and the Cookie Jar, A Stray’s Home, Bitter Figures

Jenna Calvao has an extensive background in art and animation and is currently a Project Coordinator for Disney Consumer Products and Interactive Media at Pixar. She received her BFA from the Academy of Art University and has since worked as a freelance artist and animator for commercials, company logos, mobile apps, and textile designs.

Travis Lacina is currently working at The Walt Disney Family Museum as the Senior Education Studio Manager. He has been teaching students for nearly 30 years and graduated from the Academy of Art University with a BFA in Animation.

Julian Lacombe is currently working at The Walt Disney Family Museum as a Studio Educator. He graduated in 2017 from University of the Pacific with an MA in Education.

Grace Lacuesta is currently working at The Walt Disney Family Museum as a Studio Assistant. She graduated from San Jose State University in 2015 with a BFA in Animation/Illustration.

Anita Meza is currently working at The Walt Disney Family Museum as the Senior Studio Coordinator. She attended University of California, Santa Cruz, and graduated in 2011 with a degree in Film and History.

Jon Peters is a former industrial designer and model-maker with 30 years of experience in media production for film, video, and the web. His award-winning work has been featured in Forbes, Wired, Adweek, Print, and a number of other publications. His educational company AthenaOnline broke new ground in e-learning and web delivery. Jon is a former board member of the Bay Area Visual Effects Society.

Preet Uppal studied Character Animation and graduated from Animation Mentor in 2013. He is currently a lead animator at 2K Visual Concepts, working on the WWE franchise video games.

Thomas Wan is currently a Studio Educator at the Walt Disney Family Museum. He graduated from The Art Institute of California – San Francisco with a BS in Media Arts & Animation.

Hear from a panel of California-based art school professors, each with backgrounds as professional artists themselves. Learn about programs offered by Academy of Art University, San Jose State University, The Animation Collaborative, and California Institute of the Arts (CalArts), and what career paths each program specializes in. Attendees will gain insider knowledge about creating a memorable student portfolio, as well as guidance on which program may be right for one’s future career. 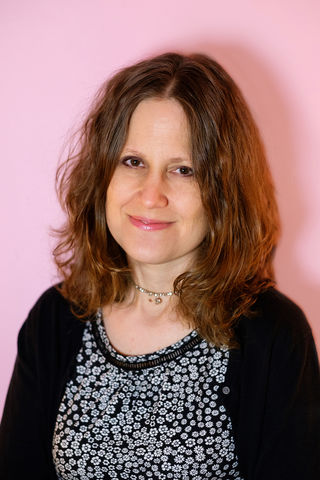 Maija Burnett is the Director of the Character Animation Program at CalArts in Valencia, California, where she administers the program, teaches, mentors students, and runs a weekly guest speaker series. Burnett served as a board member for the GLAS Animation Festival in Berkeley, CA, and is currently a member of its Advisory Committee. She represents CalArts at various international events, and has been a jury member for numerous animation festivals. Originally from Montreal, Canada, Maija obtained an MFA in Animation from UCLA, as well as a degree in Film Studies from McGill University. 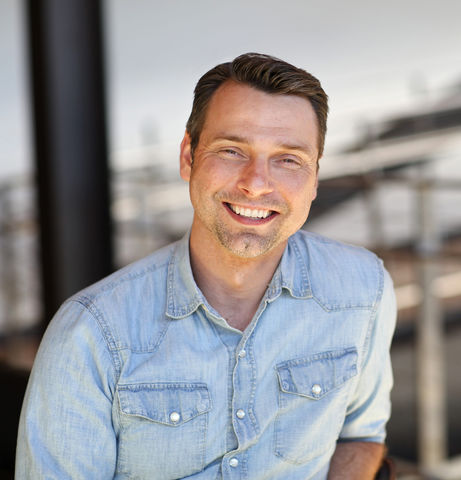 Michal Makarewicz joined Pixar Animation Studios in early 2003, and since then has animated on over twelve feature films and seven shorts—including Dug’s Special Mission (2009) and Toy Story of Terror (2013)—and served as a Directing Animator on Cars 2 (2011) and Finding Dory (2016). Makarewicz won an Annie Award for Outstanding Character Animation in a Feature Production for his work on Ratatouille (2007) and was nominated for a Visual Effects Society Award for Outstanding Character Animated Character in an Animated Feature for his work on Helen Parr/Elastigirl in Incredibles 2 (2018). In addition to his work at Pixar, Makarewicz has been teaching animation since 2005 at Animation Mentor, AnimSchool, California College of the Arts, and Academy of Art University in San Francisco. Makarewicz owns and operates The Animation Collaborative, located in Emeryville, CA, which offers a series of workshops in animation, character design, story, and a variety of other subjects, all led by some of the most talented artists and instructors in the industry. 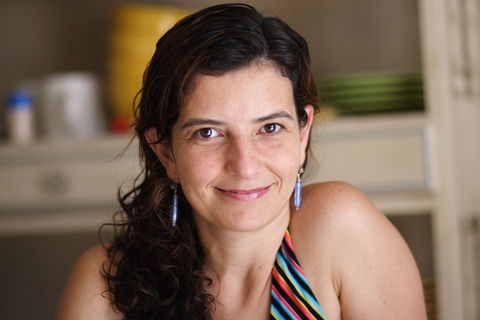 Raquel Rabbit is a Brazilian author, animator, and illustrator. She has published seventeen children's books in Brazil and has worked in the US since 1997 as an animator at Blue Sky Studios, DreamWorks Animation, Wildbrain, and Tippet Studio. She has also done freelance work at Laika Studios, Giant Killer Robots, and Tactic. She is currently Vice Chair for the San Francisco chapter of ACM SIGGRAPH, a 3D animation teacher in the Animation/Illustration program at San Jose State University, and a member of Women In Animation and The International Animated Film Society. 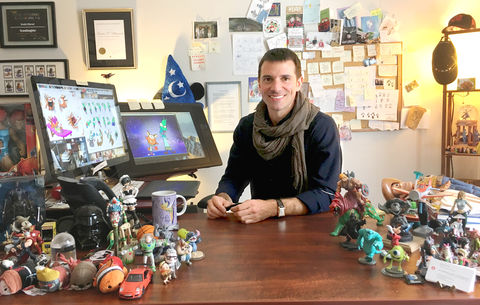 Nicolás P. Villarreal was born and raised in La Plata, Argentina. He studied at the Escuela of Animacion y Cinematografía de Avellaneda where he earned a degree in 2D Animation. While studying animation, he was taken under the wing of Miguel Alzugaray, a well-known fine artist from Argentina. He continued studying animation and fine art painting through his entrance in the master’s program at the Academy of Art University in San Francisco. Villarreal graduated with honors in the Spring of 2002, and he has been working since then as a traditional animator, character designer, sculptor, and visual development artist of films and video games for Walt Disney Studios, Sony Computer Entertainment, Jim Henson Studios, Sega, Reel FX, Digital Domain, Duncan Studios, and Amazon Studios, among others. He has given presentations at Pixar Animation Studios, DreamWorks Animation, Apple, Stanford University, Sydney Opera House, and several universities in South America and Europe, as well as a TEDx talk. 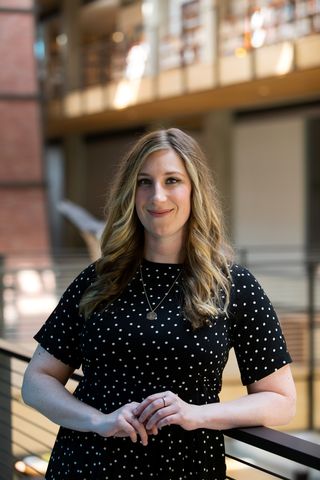 Kristen Lester is a visual development artist who specializes in storyboarding, writing, character design, color scripting, environment design, and prop design. Most recently, Lester was granted the distinction of directing and writing Purl (2019), the first film to be released under the new Pixar SparkShorts program. Purl deftly handles issues of identity and diversity in the workplace with a winning combination of charm and visual appeal. Join Lester for this keynote address highlighting her experiences achieving success in the animation industry.

An earnest ball of yarn named Purl gets a job at a fast-paced, high energy, male centric start-up.

On arrival, please check-in at the TAFI Welcome Table in the Lower Lobby to claim your museum gallery tickets and festival information.

Please note: all times are approximate. Screenings and Festival Closing Address are drop-in and seats are on a first-come, first-served basis.

10:30am | Individual and School Reels

Edgar and the Cookie Jar, A Stray’s Home, Bitter Figures 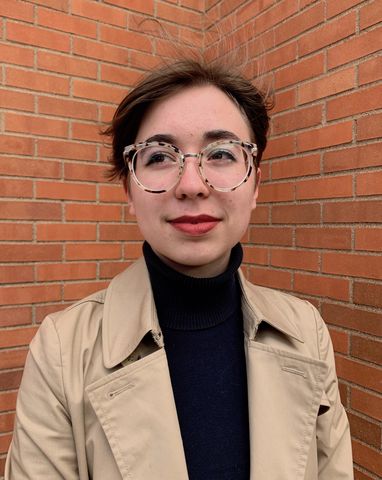 In the grand finale of TAFI 2019, hear from the 2018 Best in Festival Winner, Natalia Poteryakhin, about her developing career in filmmaking.

Natalia Poteryakhin is an artist by habit and recently an animator by trade after interning for Warner Bros. Animation in Los Angeles. As the child of two Russian immigrants, she grew up on colorful, yet nihilistic Soviet cartoons, and she aims to add that same off-beat touch to her own work. While a lifelong drawer, her mentorship with PUNY Entertainment in high school lead to the creation of last year’s Best in Festival-winning film, Thaw (2018), and a lifelong investment in storytelling through animation. She makes short films, comics, and emo poetry no one will ever be allowed to read. She currently is a part of Dean’s Freshman Research in the University of Minnesota-Twin Cities interdisciplinary art department, along with pursuing a double major in Studies in Cinema and Media Culture/Art.

2019 marks the Walt Disney Family Museum’s sixth year as host to an animation festival specifically designed for teens. Beginning in 2014 with nine high schools, participation continues to increase year-to-year. The 2018 festival included screenings of Official Festival Selections, portfolio reviews, a panel discussion with animators from the gaming industry, a lecture by the 2017 Festival Winner, and a keynote address from animator Mark Walsh. Honors were presented for outstanding achievement, based on judging from a panel of industry professionals. Awards were presented to the Festival Grand Prize Winner, Festival Runner-Up Winner, Category First and Second Place Winners, and Special Award Winners.

In celebration of The Walt Disney Family Museum’s 10th anniversary, we will honor TAFI participants with additional special prizes, including awards bestowed upon winners by the museum’s Board of Directors, Caltrain, the Redford Center, and more. Films that qualify for the Redford Center Award will focus on environmental issues; however, the awards from Caltrain and the Board of Directors do not need to center on a specific theme to qualify, so all films submitted to the 2D, 3D, and Experimental Categories will be considered for awards from these aforementioned parties. Additionally, one specially selected film will be screened from July 4-31 at San Francisco International Airport's Video Arts Exhibition space, which is located pre-security on the departures level of the International Terminal.

For more information about how to submit a film, a rundown of the basic requirements and guidelines, links to helpful documents, and more, please check out our official TAFI page.

The Walt Disney Family Museum would like to thank our TAFI 2019 sponsors. Their support aids the museum in creating a platform to celebrate young filmmakers from around the world.