To show our appreciation, members will receive an additional 10% discount on any in-store or online merchandise purchases made Saturday, August 27 and Sunday, August 28.

On Sunday, August 28, we will host a special members-only screening of The Walt Disney Family Museum Fifth Anniversary Film (2014) at 2pm. Members will also receive complimentary access to our in-person program with the Bob Baker Marionette Theater at 6pm. Due to limited theater capacity, reservations are required to attend the film screening and program. 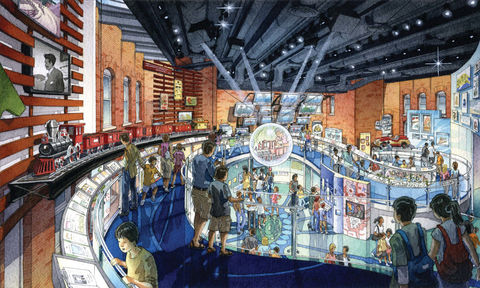 In The Walt Disney Family Museum Fifth Anniversary Film, Emmy Award®-winning filmmaker David Stoelk takes audiences on a fascinating journey through the creation of the institution that, for a decade, has honored the man behind the magic.

Exclusive interviews with Walt Disney’s family, archival footage of interviews with the architects, contractors, and exhibition planners, and rediscovered footage of Diane all help to narrate the film and shine a light on those who, alongside Diane, championed the museum’s mission.

Through his documentation of the museum’s inception, Stoelk uncovers another story: that of a daughter’s devotion to her father. Though the museum tells the story of Walt’s life, work, and legacy, the creation of the institution is a triumph of Diane's dedication, vision, and heart.