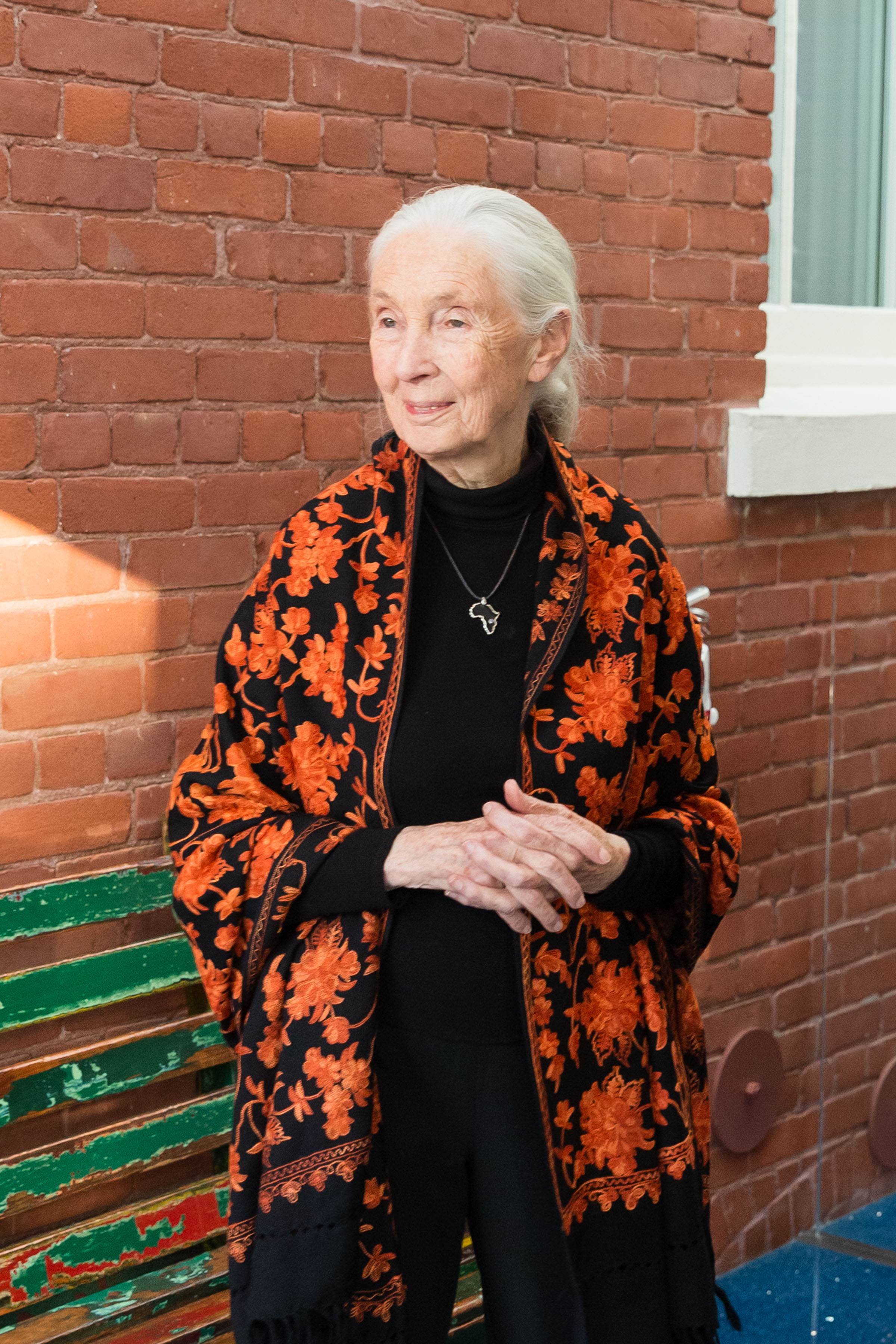 On Thursday, October 10, The Walt Disney Family Museum hosted an intimate evening celebrating the outstanding achievements and life’s work of Dr. Jane Goodall, DBE, at the museum’s historic location in the Presidio of San Francisco. The highlight of the evening’s festivities was an announcement made by Kirsten Komoroske, Executive Director of The Walt Disney Family Museum—a $1 million pledge to the Jane Goodall Institute from the Ron and Diane Disney Miller Charitable Trust in honor of the 60th anniversary of Dr. Goodall’s pioneering wild chimpanzee research in Gombe National Park. This pledge is the inaugural contribution to the Jane Goodall Institute’s 2020 campaign to secure the future of Gombe.

“In all my lectures and books, I focus on reasons for hope. But today, it’s getting harder and harder to take that message of hope around the world,” remarked Dr. Goodall. “Todays’ young people—everywhere I go—they’re so excited and empowered. We’re listening to their voices. That gives us a reason to hope.”

“The Museum is committed to providing arts, animation, and prioritized subject matter education to children, especially children in underrepresented populations,” said Komoroske. “The family and Museum look forward to a collaborative and productive partnership with JGI—jointly serving the arts, creativity, science, the planet, and future generations."

Over the last six decades, Dr. Goodall and the Jane Goodall Institute have established and maintained what is now the longest running study of wild chimpanzees in the world. Through her critical work in Gombe, Tanzania, Dr. Goodall has not only highlighted the urgent need to protect chimpanzees from extinction; she has also redefined “species conservation” to include the needs of local people and the environment.

The 60-guest “Jungle Party” included a formal reception and meet-and-greet, a gourmet vegetarian dinner, and an in-depth conversation with Dr. Goodall, led by Paul Baribault, who is vice chair of the Jane Goodall Institute’s board of directors, former Disneynature Executive, and new President and CEO of San Diego Zoo Global.

Dr. Goodall previously assisted with the launch of the Disney Conservation Fund, attended the opening day celebrations of Disney’s Animal Kingdom at the Walt Disney World Resort, and has served as a conservation ambassador for Disneynature since the release of 2012’s Chimpanzee.

Consistently ahead of his time, Walt Disney recognized the importance of inspiring younger generations to not only understand but preserve our natural world and the many creatures with which we share our planet. He was the first to capture a general audience’s attention by pairing never-before-seen wildlife film footage with enriching storytelling in his True-Life Adventures documentary series, earning 8 Academy Awards®. Walt is quoted as saying, “The [True-Life Adventures] have demonstrated that facts can be as fascinating as fiction, truth as beguiling as myth, and have opened the eyes of young and old to the beauties of the outdoor world and aroused their desire to conserve priceless natural assets.”

The Walt Disney Family Museum is a 501(c)(3) nonprofit organization founded by the daughter of Walt Disney, Diane Disney Miller. In tribute to Diane, proceeds from the fundraising event will support the next generation of creative and conservation-focused talent.