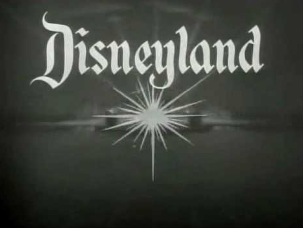 In the early years of television, many motion picture studios were shying away from producing television programs, viewing the new medium as a threat to the filmmaking industry. Unlike other film producers, Walt Disney saw television as the wave of the future. He decided to embrace TV as a new medium for reaching out to the masses directly.

Walt viewed television as a “way of going direct to the public, bypassing the middleman to the people who can sit there and be the judge.”

When Walt first agreed to produce television programming, TV distributors were interested in airing some of the studio’s existing library of films that had done well with movie theater audiences in the past.

However, Walt was hesitant to simply recycle the existing work that had already been done by his staff. He consistently sought opportunities to get involved in different types of projects and to challenge his staff with new assignments. He thought that television was capable of much more that acting as a venue for screening his previous films.

Walt envisioned a new kind of original programming for television that would both enthrall audiences as well as promote his other projects. He assigned some veteran studio animators and story men to the task of fulfilling his vision for what the program would look like and what its purpose would be.

In 1950, Disney produced a Christmas special for NBC. The program also served to promote the studio’s upcoming animated feature Alice in Wonderland. Radio stars Edgar Bergen and his ventriloquist dummy Charlie McCarthy helped Walt host the program, which aired in the afternoon on Christmas day.

As television became increasingly prevalent in American homes in the early 1950s, Walt was also working on another major project, the development of his own unique theme park, Disneyland. One major hurdle he faced was how the project would be financed. Even Walt’s brother Roy was skeptical towards the prospect of raising the necessary funds. Walt saw great potential in the medium of television in both promoting and financing his new park.

Roy traveled to New York to start conversations with television networks about a possible contract to finance Disneyland. Though both NBC and ABC showed interest, it was ABC who signed with Disney for the new series. The contract stipulated a one-hour per week program for the network in return for investing in the construction of Disneyland and supplying a line of credit.

The arrangement was mutually beneficial. The partnership helped the network improve its standing in the television market place; the name “Disney” was synonymous with quality entertainment, and television audiences had high expectations for the new Disney television programming.

The arrangement also benefited Walt who gained an entirely new medium to promote his park and promote other Disney studio films to the American public.

The Tomorrowland segments emphasized Walt’s diverse interests. He was as fascinated by the future and cutting edge technology as he was by history and nostalgia. One of the episodes dedicated to Tomorrowland in the first season was Man in Space. The inventive program dealt with the history of the rocket, the science of satellites, and the types of conditions encountered by astronauts in space. After being edited into a short film and screened in motion picture theaters, the film was nominated for an Academy Award for Best Documentary Short.

Although black and white television was the standard in the 1950s, Walt insisted that the programs be produced in color.  This decision later paid off when NBC agreed to launch Walt Disney’s Wonderful World of Color in 1961.  His backlog of earlier programs was still usable and could be repeated this time in color.

Disneyland first aired in October of 1954, just nine months before the scheduled opening of Disneyland Park. The first episode was titled “Disneyland Story,” and detailed both the outline of the new series as well as the exciting developments of the new theme park. Throughout the first season, additional progress reports aired giving updates on the progress of construction.

Disneyland was hosted by Walt himself, and for many American families he became a familiar and regular visitor, like a friend or neighbor, or even like part of the family. The stories and characters from the series not only brought Disney magic into American homes, but also brought American families to the Happiest Place on Earth, Disneyland.